Gods of Greece and Rome 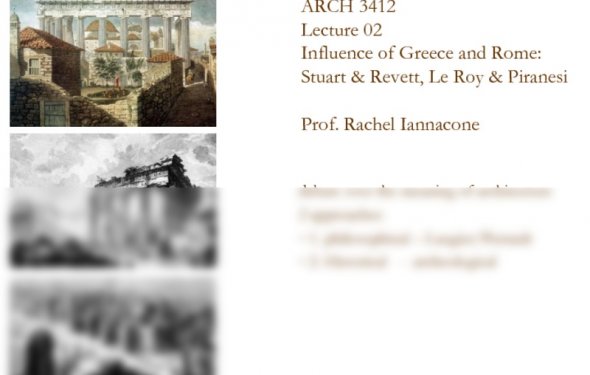 Besides marble, travertine white limestone was also made available from quarries near Tivoli, and its favourability towards precise carving and inherent load-bearing strength made it a favourite substitute for marble amongst Roman architects from the 1st century BCE. It was especially used for paving, door and window frames, and steps.

The Romans did not invent lime mortar but they were the first to see the full possibilities of using it to produce concrete. Concrete rubble had usually been reserved for use as a filler material but Roman architects realised that the material could support great weight and could, therefore, with a little imagination, be used to help span space and create a whole new set of building opportunities. They called this material opus caementicium from the stone aggregate (caementa) which was mixed with the lime mortar. The material had a thick consistency when prepared and so was laid not poured like modern concrete.

The first documented evidence of its use is from 3rd century BCE Cosa and its first use in Rome seems to have been a 2nd century BCE warehouse. Also in the 2nd century BCE it was discovered that by using pozzolana (concrete made using volcanic sand, pulvis puteolanus), which had a high silica content, the concrete could set under water and was even stronger than normal concrete. By the 1st century BCE its use seems widespread in foundations, walls, and vaults. Perhaps the best example of its possibilities in construction is the Sanctuary of Fortuna Primigenia at Palestrina.

In addition to the structural possibilities offered by concrete, the material was also a lot cheaper than solid stone and could be given a more presentable façade using stucco, marble veneer, or another relatively cheap material: fired brick or terracotta. Sun-dried mud bricks had been used for centuries and continued to be used for more modest projects up to the 1st century CE, but fired bricks had the advantage of durability and could be carved just like stone to resemble such standard architectural features as capitals and dentils.

Bricks were typically 59 cm square and 2.5-5 cm thick. Uncut they were used in roofing and drains, but for other uses they were usually cut into 18 triangles. There were also circular bricks, typically cut into quarters, which were used for columns. Bricks could also be used in domes such as that of the Temple of Asklepios Soter at Pergamon and even became a decorative feature themselves by using different coloured bricks (usually yellow and orange) and laid to create patterns.

Stucco was used to face brick walls and could be carved, like bricks could be, to reproduce the architectural decorations previously rendered only in stone. The stucco was made from a mix of sand, gypsum, and even marble dust in the best quality material.

Source: www.ancient.eu
Related Posts
Categories
Latest Stories
Average weather in Athens Greece Weather lowdown Although summer in Athens began in June, on average the...
Greece and Turkey Travel Travel on a Rick Steves tour through Greece or Turkey for the very best...
Hotels Resorts in Greece This stunning beach resort is situated in Crete on the Cretan sea. It is...
Island of Rhodes, Greece Loyalty to Sparta ended in 395 BCE when democracy was established on the...
Greece Ridge Center Mall Avis Location Information » 317 Greece Ridge Center Drive Location Contact...
Links How deep is eardrum q tips Why do the tips of my breasts hurt How to clean...
Interesting facts

The Corinthian order is one of the three principal classical orders of ancient Greek and Roman architecture. The other two are the Doric and Ionic. When classical architecture was revived during the Renaissance, two more orders were added to the canon, the Tuscan order and the Composite order. The Corinthian, with its offshoot the Composite, is...

Neoclassical architecture is an architectural style produced by the neoclassical movement that began in the mid-18th century, manifested both in its details as a reaction against the Rococo style of naturalistic ornament, and in its architectural formulas as an outgrowth of some classicizing features of Late Baroque. In its purest form it is a...