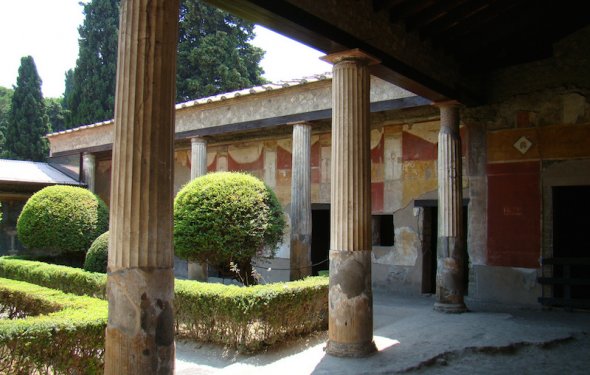 Two issues a year, in April and October, plus one issue of the New Surveys in the Classics supplement.Greece & Rome is a journal which delivers scholarly research to a wider audience. It showcases original and informative articles on ancient history, literature, art, archaeology, religion, philosophy, and reception of the ancient world. Although its content reflects current research and its contributors include leading figures in the field, undergraduates and general readers who wish to be kept informed of current thinking will also find it engaging and accessible, as well as professional scholars in Classics and in other disciplines. With the wider audience in mind all Greek and Latin quotations are translated.

New Surveys in the Classics

The New Surveys in the Classics are a series of short books dedicated to key themes and concepts in the classical world. They deal with a wide range of topics, from key figures like Homer and Virgil, to subjects such as Greek tragedy, thought and science, women, slavery, Roman art, and historians. A New Survey is published annually and included as a supplement to any subscription of Greece and Rome.

The latest in the series of New Surveys in the Classics is Greek Art. This short, well-illustrated volume studies the material culture produced between 600 and 300 BC in Greece and in the lands with which Greeks came into contact. The first edition was published in 1991 and examined earlier research; this new edition concentrates on the research carried out over the past twenty years during which new discoveries have been made and old interpretations queried or overturned. It is organized chronologically in terms of media (free-standing sculpture; architectural sculpture; luxury items; ceramics) and will be particularly useful to students and teachers at all levels.

Two issues a year; each issue is approximately 300 pages long, and contains about 20 articles and more than a dozen short notes. The Classical Quarterly is one of the principal scholarly journals in the field of Classics, and is indispensable for the serious scholar.

Two issues a year; each issue is approximately 325 pages long, and contains c. 150 reviews. Classical Review is devoted to reviews and notices by leading scholars of as wide a range as possible of classical books. Everyone who wishes to keep in touch with what is going on in classical scholarship needs to have access to it.

How are Greece and Rome related?

Greek art is considered superior to (imitative) Roman art. The goal of the classical Greek sculptors was to produce an. "MORE"

Antichthon is the journal of the Australasian Society for Classical Studies. The focus of the journal is Greece and Rome, however, its scope is broadly defined so as to embrace the Ancient Near East and the Mediterranean from the beginnings of civilisation to the Early Middle Ages.

The Journal of Ancient History (Russian: "Вестник древней истории") is a Russian bulletin founded in 1937. It publishes articles mainly on Ancient Orient, Ancient Greece, Ancient Rome, and recent archeological digs. It comes out four times a year. Circulation: over 3,000 copies (1971). The journal was established by the Georgian scholar and...

The Classical Association of the Middle West and South (CAMWS) is a professional organization for classicists and non-classicists at all levels of instruction which promotes the Classics through the broad scope of its annual meeting, through the publication of both original research and pedagogical contributions in The Classical Journal, and...