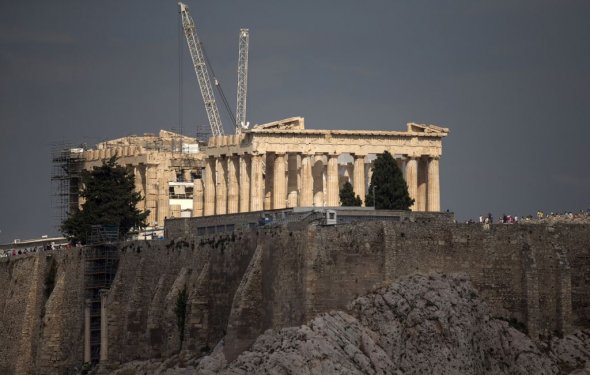 Travel insurance will cover the costs of cancellation for specific reasons, such as ill health, but not if you are simply nervous about travelling.

Is my money at risk?

When you book a package holiday, you are covered via the Civil Aviation Authority’s ATOL (Air Travel Organisers' Licensing) scheme that protects you from losing your money or being stranded abroad if your tour operator goes out of business.

ATOL does not protect you if you book direct with a scheduled airline and arrange your accommodation independently, however. You may still be covered, if your airline or accommodation-provider goes bust for example, if pay have paid by credit card and the total cost is more than £100. But this will only apply to the service you’ve lost. Paying by Visa debit card may provide similar cover. Some travel insurance policies include cover for insolvency, while those that do will usually cover just the service you’ve lost, not the other services you have booked separately.

Will I be able to get cash from an ATM?

Most reports, according to Abta and our reporters on the ground, suggest that tourists have been able to withdraw the cash they need from ATMs.

The Foreign Office said: "The Greek government is limiting withdrawals using cards issued by Greek banks to €60 per day. At this time, you can continue to withdraw cash using your card as normal, up to the daily limit imposed by the Greek banking system (usually €600), or the daily limit imposed by your card issuer - whichever is the lower amount, as long as the ATM has been replenished."

It still seems sensible however, to follow the Chancellor, George Osborne's recent advice that travellers take sufficient euros to cover the duration of their stay, emergencies, unforeseen circumstances and any delays.

Currency controls will limit the amount of Euros you can take in and out of Greece, but in such situations you simply declare how much currency you are bringing into the country so that you can take it out again on departure.

Will I be able to use my credit card?

Cards should still work, but some hotels, restaurants and shops may be unwilling to accept card payments and insist on cash. There are some reports from tourists of this already happening at smaller shops.

The Foreign Office advises that, "Visitors to Greece should be aware of the possibility that banking services – including credit card processing and servicing of ATMs – throughout Greece could potentially become limited at short notice."

If Greece does after all leave the euro (see below), Visa said it will adapt to this - it regularly changes, adds or deletes currencies from its systems and that when a country exits a currency, the system for processing payments is still in place while the new currency is added.

“While there are some issues that are outside of Visa's control, we work with all relevant parties to help ensure a swift transition to a new currency with the minimum possible disruption to consumers and retailers, ” said a spokesman.

Will I be insured against theft if I carry extra cash?

Abta said: "Holidaymakers should check how much cash their travel insurance policy covers them for and should take appropriate security precautions against theft such as using their hotel safe or splitting cash up between their party."

Post Office Travel Insurance, for example, said that its economy and standard policies cover loss of money for £250 (per person if booked by a couple). Its premier plan covers loss of cash up to £350 and its premier plus policy covers loss up to £525. The price of each policy depends on individual circumstances.

What if there are food or medical shortages?

Greece's tourist office has stressed that provisions of food and medical supplies in the country are fine, but Constantine Michalos, president of Athens Chamber of Commerce, made headlines by warning that there could soon be “shortages on the shelves” and tourists could be left without “basics”.

Elena Kountoura, the deputy minister for tourism, responded to this and said: "In reference to certain media reports, we wish to stress out that food and medicine in Greece is absolutely adequate.

"Via coordinated efforts, we have ensured the uninterrupted flow of funds to overseas suppliers, making sure imports of medical, food and other tourism or tourism-related supplies continue normally. Pharmacies, hospitals, hotels, restaurants and supermarket retailers are adequately stocked.

"Any reports stating the opposite are unfounded, as they are not reflecting the actual situation on the ground".

Abta did not think holidaymakers will be affected. Tour operators say they have representatives on the ground in Greece and are monitoring the situation carefully.

What if there are petrol shortages?

Holiday Autos, the car hire agent, said that its suppliers have their own fuel reserves on site so if customers are renting a car and are concerned about the fuel situation, they should contact the supplier for advice.

"Customers will find the relevant contact details for their supplier on their booking paperwork, " a spokesman said. "There is also the option for customers to purchase a fuel policy which will provide them with a full tank of fuel when they pick up their car on arrival.”

Many car hire operators allow customers to select a full tank of petrol when picking up a car.

What about disruption to public transport?

Some disruption is possible. For the latest information on travelling around by ferry, contact individual companies, such as Blue Star (telephone 18130 from anywhere within Greece, or book at bluestarferries.gr), which sails from Piraeus almost daily to Mýkonos, Santoríni, Pátmos and Rhodes, less often between Rhodes and the preceding three; also from Rafína – closer to Athens airport – to Mýkonos.

Hellenic Seaways (0030 2; hellenicseaway.gr) is the sole provider of services from Piraeus to Hýdra (catamarans), and from Vólos or Ágios Konstandínos to Skiáthos (conventional and fast boats). They also call at Mýkonos, Páros, Náxos and Santoríni, linking the latter with Iráklio in season. Dodekanisos Pride and Dodekanisos Express (0 70590; 12ne.gr) provide efficient if expensive links (via catamaran) between the Dodecanese islands – for example, Kos to Pátmos – from May to October.

Should I book a late deal?

Nervousness about the economic situation does seem to have held back bookings to Greece this summer and there are still some late deals available. You might want to wait and see if the situation becomes more stable before booking one, and if you do, I would certainly be inclined to book a package with a tour operator rather than travel independently. They have a legal duty of care to make sure you are looked after and that you get home safely and conveniently, if problems do suddenly arise.

Is there a risk of civil unrest?

Athens has already seen demonstrations and it is possible that there may be more if Greece is forced to leave the euro. However, British tourists are unlikely to be targets of resentment, and most holidaymakers go to the islands where the political situation is much more stable, and the local population is acutely aware of their economic dependency on tourism.

The threat of industrial action could also affect holidaymakers. "There are regular strikes, " says the Foreign Office. "These are sometimes called at short notice and can cause disruption to public transport in and out of Greece (including air travel and ports)."

Can I travel to Italy and Greece if I have a misdemeanor Dui conviction?

Emil Krieger (8 September 1902, Kaiserslautern – 6 September 1979, Munich) was a German sculptor and artist, especially known for his graphic work and sculpture in bronze, wood, stone and terracotta. His most notable works are the group of four mourners at Langemark German war cemetery, the fountains at the Innenministerium in Munich, the...

Jeanloup Sieff (November 30, 1933 – 20 September 2000) was a fashion photographer.
Sieff was born in Paris to parents of Polish origin. His interest in photography was first piqued when he received a Photax plastic camera as a birthday gift for his fourteenth birthday. He recalled his holidays in Polish winter resort of Zakopane as a period...