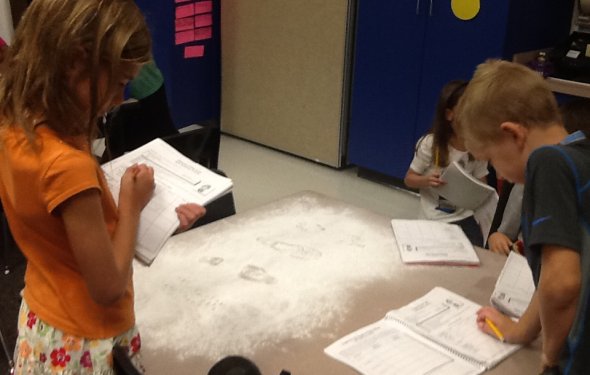 Marble terminal bust of Homer. Roman copy of a lost Hellenistic original of the 2nd c. BC. From Baiae, Italy. The so-called Hellenistic blind-type can be paralleled with figures of the Pergamon Altar, and the original of the type was perhaps created for the great library at Pergamon.

Homer's ancestry can be traced from Odyssey. He was the son of Epikaste and Telemachus. Born around 8th - 9th century B.C. he was said to be a court singer and a story teller. Even if these details about Homer are available, not much is know about him. In fact his existence is somewhat doubted. Some say he was born on the island of Chios while argue that he existed in Ionia. But the dialect and the description in the poems pointed that Homer lived in Ionia.

When we think of the blind poet Homer with relation to Ancient Greece, the first thing that comes to our mind is his beautiful epic poems Iliad and Odyssey. While there is disagreement, whether Homer alone wrote these poems or many other people, the 'analysts' and the ancient Greek people and the 'unitarians' are on Homer's side. These poems were an important part of the Greek culture as they were written during the famous Trojan war era.

The argument whether Odyssey was written by Homer or not has been going on for a long time. Even if the epics are controversial, there is enough evidence that the Odyssey is written in a consistent style, and this fact is doubtful if they had been written by different authors. Another argument is that whether Homer wrote both Iliad and Odyssey. The difference in style and languages of the epics leads to debate. One ancient Greek literary critic, namely Longinus argued that the styles differed because Homer wrote both these poems in different stages of his life period. While Iliad was created during his youth, Odyssey was written as Homer aged.

There is also much debate about how Homer composed such long poems, because for people now to memorize such long stanzas, seems impossible. It's said some editor merged all his works as one whole epic. The fact that uncomfortable transitions from topic to topic in his poems supports the argument.
An argument that has tried to subsidized with the reasoning that lengthy works can be composed orally by poets whose recitations belong to a long tradition of storytelling. The oral poet constructs his poem from verbal formulas, groups of two or more words that have already been composed in order to serve recurring needs in the narrative. These may be used, for example, when the poet wishes to reintroduce a character that he has already described.
Many scholars agree that Iliad and Odyssey underwent change and were improved during the 8the century from the original material. Athenian tyrant Hipparchus played an important role in this improvement. The refinement of the Homeric text must have involved the production of canonical written text.
While Iliad and Odyssey have become famous, his Homeric Hymns have not remained far behind. The Homeric Hymns are short poems celebrating the various Gods. The styles if the Homeric Hymns are same as the Iliad and Odyssey, the reason for which they are attributed to Homer.
As Homer was non-literate how these poems were written are arguable. Perhaps, he dictated his poems to a scribe who wrote them. The Greek alphabet was also introduced around the 8th century so Homer must have been among the first rhapsodes who were literate.

The poems of Illiad depict the seige of the city of Ilion or Troy during the Trojan War. The word Illiad itself means "something concerned with Ilion". Illion was the city based in the state of Troy. When Illiad was created, is arguable. Some scholars are adamant that it was written around the 8th - 9th century, while some debate it must have been written during the 6th - 7th century...more »

The epic poem Odyssey focuses on the Greek character Odysseus and his ten year journey from Troy to Ithaca after the fall of Troy (Trojan war). The poem covers both the circumstances that befell his family in Ithaca and his own perilous adventures back from Troy. Whilst in Odysseus absence at home, his son Telemachus and wife Penelope have to deal with suitors who move into their home, in an attempt to take Odysseus place and ask Penelope's hand in marriage...more »

Reciting Poems About Ancient Greece
Related Posts
Categories
Latest Stories
Average weather in Athens Greece Weather lowdown Although summer in Athens began in June, on average the...
Greece and Turkey Travel Travel on a Rick Steves tour through Greece or Turkey for the very best...
Hotels Resorts in Greece This stunning beach resort is situated in Crete on the Cretan sea. It is...
Island of Rhodes, Greece Loyalty to Sparta ended in 395 BCE when democracy was established on the...
Greece Ridge Center Mall Avis Location Information » 317 Greece Ridge Center Drive Location Contact...
Links How deep is eardrum q tips Why do the tips of my breasts hurt How to clean...
Interesting facts

Lieblingminne und Freundesliebe in der Weltliteratur is an anthology of poetry about homosexuality, compiled by the German artist Elisar von Kupffer (Elisarion). First published in 1900, it is the first effort of its kind in modern times, and while several later works have tried to deliver an updated version of von Kupffer's book, it has proven...

Robert Sabatier was born on the 17th of August 1923 in Paris. He is a French poet and writer. He has written numerous novels, essays and books of aphorisms and poems. He was elected to the Académie Goncourt in 1971, as well as to the Académie Mallarme. He is also the author of Histoire de la poésie française: La poésie du XVIIe siècle‎
Among...