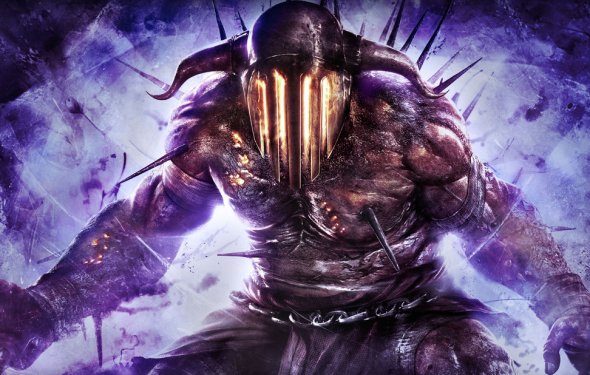 In the ancient Greek world, religion was personal, direct, and present in all areas of life. With formal rituals which included animal sacrifices and libations, myths to explain the origins of mankind and give the gods a human face, temples which dominated the urban landscape, city festivals and national sporting and artistic competitions, religion was never far from the mind of an ancient Greek. Whilst the individual may have made up their own mind on the degree of their religious belief and some may have been completely sceptical, certain fundamentals must have been sufficiently widespread in order for Greek government and society to function: the gods existed, they could influence human affairs, and they welcomed and responded to acts of piety and worship.

Polytheistic Greek religion encompassed a myriad of gods, each representing a certain facet of the human condition, and even abstract ideas such as justice and wisdom could have their own personification. The most important gods, though, were the Olympian gods led by Zeus. These were Athena, Apollo, Poseidon, Hermes, Hera, Aphrodite, Demeter, Ares, Artemis, Hades, Hephaistos, and Dionysos. These gods were believed to reside on Mt. Olympos and would have been recognised across Greece, albeit, with some local variations and perhaps particular attributes and associations.

In the Greek imagination, literature, and art, the gods were given human bodies and characters - both good and bad - and just as ordinary men and women, they married, had children (often through illicit affairs), fought, and in the stories of Greek mythology they directly intervened in human affairs. These traditions were first recounted only orally as there was no sacred text in Greek religion and later, attempts were made to put in, and were called upon for help in particular situations, for example, Ares during war and Hera for weddings. Some gods were imported from abroad, for example, Adonis, and incorporated into the Greek pantheon whilst rivers and springs could take on a very localised personified form such as the nymphs.

The temple (naos - meaning dwelling place in reference to the belief that the god dwelt in that place, or at least temporarily visited during rituals) was the place where, on special occasions, religion took on a more formal tone. Gods were worshipped at sacred sites and temples in all major Greek communities in ceremonies carried out by priests and their attendants.

In addition to the formal and public religious ceremonies there were also many rites which were open to and known only by the initiated who performed them, the most famous example being the Mysteries of Eleusis. In these closed groups, members believed that certain activities gave spiritual benefits, amongst them a better after-life.

Places could also acquire a divine connection; the great oracles such as that of Apollo at Delphi and Zeus at Dodona may well have begun as places considered particularly good to receive signs from the gods. Such places became hugely important centres with their priest oracles consulted by both individuals and city-states so that the rather vague and ambiguous proclamations might help guide their future conduct.

Athletic Games and competitions in music (especially playing the kithara and lyre) and theatre (both tragedy and comedy) were held during festivals such as the City Dionysia of Athens and the Panhellenic games at the most important sacred sites of Olympia, Delphi, Nemea, and Isthmia to honour a particular god. These events were attended by visitors from all over Greece and the experience was perhaps more akin to a pilgrimage rather than that of a mere sports fan. Illustrating their sacred status, warfare was prohibited during these events and pilgrims were guaranteed free-passage across Greece. However, there were also much smaller festivals, sometimes only attended by a very select number of individuals, for example, the Arrhephoria in Athens, where only priestesses and a maximum of four young girls participated.

Although the historical record reveals much about formal religious occasions and ceremony, we should remember that Greek religion was in fact practised anywhere, at any time, by private individuals in a very personal way. Not only temples but also the hearth in private homes was regarded as sacred, for example. Individuals could also visit a temple anytime they wanted to and it was customary to say a prayer even when just passing them in the street. People left offerings such as incense, flowers, and food, no doubt with a hopeful prayer or in gratitude for a past deed. Individuals could also organise their own private sacrifice if they had the means to do so, and these have been commemorated in thousands of stone relief markers found at sacred sites. In addition, temples were often visited in order to seek healing, especially at those sites associated with Asclepius the god of medicine, notably at Epidaurus.

People also looked for signs from the gods in everyday life and to interpret these signs as indicators of future events. Such signs could be birds in the sky or a spoken word between friends said at a particular moment or even a simple sneeze which might be interpreted as an auspicious or inauspicious omen.

Such beliefs and, indeed, certain aspects of religion such as the immorality of the gods as portrayed in the arts, were severely criticised by intellectuals, artists, and philosophers from the 5th century BCE, but these may or may not reflect the commonly held views of the wider populace, and it is difficult to believe from the wealth of archaeological and written records that religion was anything but a fundamental part of life for the ordinary inhabitants of the ancient Greek world.

Mark holds an M.A. in Greek philosophy and his special interests include the Minoans, the ancient Americas, and world mythology. He loves visiting and reading about historic sites and transforming that experience into free articles accessible to all.

What was the religion in ancient Greece?

Greek religion encompasses the collection of beliefs and rituals practiced in ancient Greece in the form of both popular public religion and cult practices. These different groups varied enough for it to be possible to speak of Greek religions or "cults" in the plural, though most of them shared similarities. Also, the Greek religion extended...

Greek mythology is the body of myths and legends belonging to the ancient Greeks, concerning their gods and heroes, the nature of the world, and the origins and significance of their own cult and ritual practices. They were a part of religion in ancient Greece and are part of religion in modern Greece and around the world as Hellenismos. Modern...

Religion in ancient Rome encompasses the practices and beliefs the ancient Romans regarded as their own, as well as the many cults imported to Rome or practiced by peoples under Roman rule.
The Romans thought of themselves as highly religious, and attributed their success as a world power to their collective piety (pietas) in maintaining good...