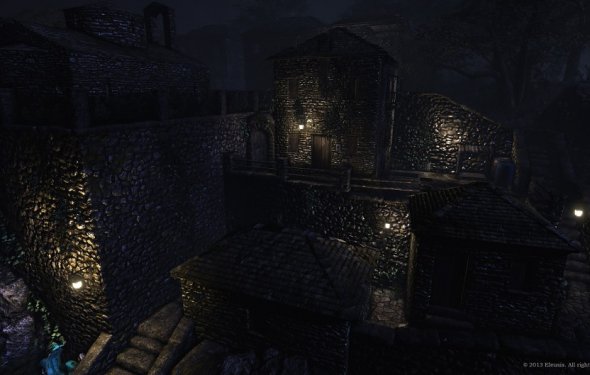 Many arts and sciences were born and developed in ancient Greece: music, language, sports, philosophy only to mention a few. But there is one more field that flourished in ancient Greece, where a lot of innovations were noted; technology and engineering.

Ancient Greeks invented a large number of mechanical creations some of which constitute the basis for contemporary creations and were extraordinary beyond belief, resulting in the pinnacle of technology.

Even from the limited information we have before the geometric period, around 900 to 700 B.C, we can be certain that technology was already advanced.

Let us take a look into the mechanical genius of ancient Greeks:

In Mythology:
a) Daedalus and Icarus’ flying machines
b) Talos, the very first robot, a giant man of bronze who had one vein, which went from his neck to his ankle, bound shut by only one bronze nail. Talos is said to be created from a request from Hephaestus to Zeus, to protect Europe from pirates and invaders. In some versions of the myth, Talos is forged by the inventor Daedalus.

In archaeological excavations:
a) Papirella (8000 B.C.): a boat that carried out commercial transactions between Milos and Peloponnese.
b) Amphora (6000 B.C.) in Orchomenus (Boeotia)
c) Silver mine in Lavrion (3000 B.C.)
d) Advanced naval vessels (3000 B.C.) with hydrodynamic structure
e) Megalithic Monuments in Mani (2, 000 B.C.)
f) Broze ingot (1, 600 B.C.) in Kymi (Euboea)
g) Drainage and irrigation projects in Copais (1450 B.C.). The region was facing flood problems so an irrigation canal called The Canal of Minion was constructed.
h) The Pillars of Hercules the promontories that flank the entrance to the Strait of Gibraltar. It is said that these columns, except for altar were also used as beacons.
i) Oil-press (580 B.C.). The first display on a vase of such a mechanism dates back to the 6th century.
j) Anaximander’s gnomon and map (550 B.C.) Gnomon, which was simply a vertical pillar or rod mounted on a horizontal plane, contributed to the development of sundials as well as of many astronomic instruments. The map was the springboard for the development of cartography, astronomy and geography.
k) Lifting machines: some of them date back to 530 B.C. But probably they existed long before, if we consider the megalithic monuments in Mani and elsewhere.

When using this website please use common sense. The information provided on this site is intended for your general knowledge only and is not a substitute for professional advice. The information on this website is not intended to diagnose, treat, cure or prevent any disease. Never disregard medical advice or delay in seeking it because of something you have read on the Helpfulbox site.

Related Posts
Categories
Latest Stories
Average weather in Athens Greece Weather lowdown Although summer in Athens began in June, on average the...
Travel from Istanbul to Greece Greek islands such as Rhodes are right off the Turkish coast and are easily...
Hotels Resorts in Greece This stunning beach resort is situated in Crete on the Cretan sea. It is...
Temperature Rhodes Greece Rhodes is the largest of the Greek Dodecanese Islands, located south-west...
Greece Ridge Center Mall Avis Location Information » 317 Greece Ridge Center Drive Location Contact...
Questions about Ancient Greece Professor Mika Kajava from the University of Helsinki revealed some of...
Interesting facts

Sport (or, in the United States, sports) is all forms of competitive physical activity which, through casual or organised participation, aim to use, maintain or improve physical fitness and provide entertainment to participants. Hundreds of sports exist, from those requiring only two participants, through to those with hundreds of simultaneous...

Halteres (Greek: ἁλτῆρες, from "ἅλλομαι" - allomai, "leap, spring"; cf. "ἅλμα" - alma, "leaping") were a type of dumbbells used in Ancient Greece. In ancient Greek sports, halteres were used as lifting weights, and also as weights in their version of the long jump, which was probably a set of three jumps. Halteres were held in both hands to...

The Mind Sports Olympiad (MSO) is an association for promoting mental-skill games (Mind Sport) including Contract Bridge, Chess, Go, Mastermind, and Scrabble. Since 1997 it has annually organised in England as a multi-sport competition. Beside the main event, always in England and usually in London, it has supported similar events elsewhere...