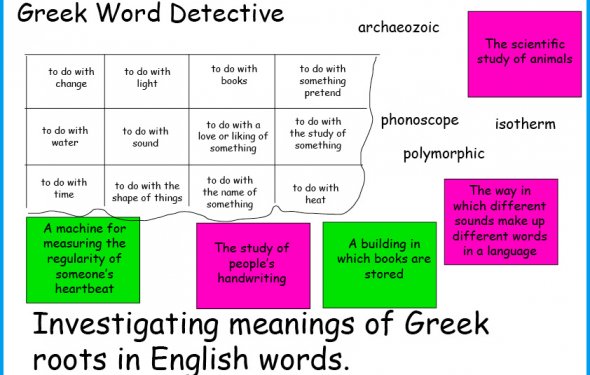 Instead of rule by a single person, Athens and Rome developed governments with widespread participation by male elites, which lasted about 170 years in Athens and about 480 years in Rome.

Present-day Greece, with Athens as its capital, and Italy, with Rome as its capital, are neighbors along the northern shore of the Mediterranean Sea. Eighty-five million years ago they were already neighbors, but across the sea on a thumb of land, a promontory of the continent of Africa. By 55 million years ago continental drift had carried the European and African continents together, and by 5 million years ago the promontory consisting of the future Italy and Greece had collided with the European crust, overriding it and piling the deformed crust higher and higher, creating the Alps and the mountains of Greece.

After 5 million years of rocks and water pouring out of the Alps over Italy, countless earthquakes, the apparent drying out and refilling of the Mediterranean Sea, and microplates (Corsica and Sardinia) swinging down the Italian peninsula, the northern coast of the Mediterranean became the setting for the development of two distinctive societies, with the Romans eventually swallowing the Greeks as part of the Roman Empire.

On the Greek peninsula the Greeks occupied the southern shoreline, called Attica. Another group, the Macedonians, inhabited the northern territories. Attica was composed of rocky soil on steep mountains. The poor soil could sustain barley, grapes, and olive trees, and could accommodate sheep and goats, but not much else — just some figs and lentils. Hence, Greeks stayed near the coast and took to the sea for extra food and for trading with other people.

Fortunately for Athenians (who had built their city near the southern coast of Attica), a large silver deposit near Athens brought them wealth and paid for additional timber from Italy, which they used to build warships that gave them a powerful navy. (Athenians reduced their own forest cover from about 50 percent in 600 BCE to about 10 percent in 200 BCE.)

The Temple of Minerva, Athens, Greece© Fine Art Photographic Library/CORBISThe Romans had a more productive site on the western side of the Italian peninsula. They built their city on seven hills by the Tiber River, not at the seashore, but inland 18 miles (30 kilometers). This gave them protection from naval attacks, while they could still access the Mediterranean by river to the port city of Ostia. To the north lived the Etruscans, and to the south Greeks formed colonies along the coast and on the island of Sicily.

In their fertile river valley, early Romans grew wheat, barley, oats and rye, grapes, and olives. They used goat’s and sheep’s milk for cheese. Their local fruit trees included apples, pears, plums, and quince. They harvested many vegetables, but not corn, potatoes, or tomatoes — those came later from the Americas. For meat, they had fish, oysters, chickens, ducks, geese, and pigs; they seldom consumed cows. Salt, found in selected places, was controlled by the government. Soldiers were sometimes paid in salt, a practice from which our word salary derives, as does the phrase “worth your salt.”

From 1600 to 1100 BCE Indo-European immigrants, called the Mycenaeans, occupied the mainland of the Greek peninsula. They attacked Troy, a city in Anatolia (now Turkey), on the other side of the Aegean Sea from Greece. This war is described in The Iliad, one of the earliest written pieces of Western literature, attributed to Homer and written down around the eighth century BCE.

By 800 BCE small, competing city-states, called “poleis” (or singular, polis), were forming in the mountains of southern Greece. These city-states each contained some 500–5, 000 male citizens and had varying degrees of popular participation in political life. The total Greek population may have been 2–3 million. The city-states shared a common language and religion, and after 776 BCE they came together every four years for competitive games held near Mount Olympus.

A Greek silver coin from about 160 BCE© Hoberman Collection/CorbisThe Greeks used their expanding population to set up more than 400 colonies along the shores of the Mediterranean and the Black seas between the mid-eighth and late sixth centuries. Their colonies in the Black Sea gave them access to fish, furs, timber, honey, gold, amber, and slaves from southern Russia. Greece introduced metallic coins in the seventh century BCE to facilitate trade; by 520 BCE they carried Athens’ emblem of an owl, the sacred bird of the goddess Athena. Instead of expansion by conquest, the early Greeks expanded by colonization.

Sparta and Athens, the chief city-states, differed profoundly in their culture and politics. The Spartans conquered their neighbors and forced them to live as slaves, providing agricultural labor. To keep them in control, Sparta developed an austere culture based on maintaining an elite military force, with a ruling council of 28 elders.

Athens, on the other hand, gave wealthy men full political rights. A growing number were added as they could afford armor and weapons to serve in the army (a duty of all participants in government). By 450 BCE holders of public office were chosen by lot, and even the 10 military generals were elected. Since women, children, slaves, and foreigners had no vote, perhaps 10–12 percent of the estimated 300, 000 Athenians were participating in government.

Five hundred years before the Common Era, the largest and wealthiest agrarian civilization in the world was the Persian Empire. It conquered some of the Greek colonies on the shores of Anatolia but when the Athenians fought the Persians, they won — on land at Marathon in 490 BCE and in great sea battles. A runner, Phidippides, carried the news of victory the 26 miles from Marathon to Athens and died after shouting, “Rejoice, we conquer.” (The day before he had run 140 miles to Sparta and back, asking for help, which for religious reasons the Spartans wouldn’t give until the Moon was full.) Phidippides’s effort 2, 500 years ago also spawned the 26.2-mile marathon running races that are so popular today.

After their victory over the Persians, Athens enjoyed a golden age of cultural creativity of some 150 years. The high tide of democratic participation took place under the elected general Pericles, who served 32 years in the mid-fifth century. Athenian merchants had earlier brought knowledge and ideas from Mesopotamia and Egypt; Athenian scientists, philosophers, and playwrights developed and combined cultural traditions that would later spread throughout Europe and serve as a foundation for Western culture. (Just for reference: the philosophers Socrates died in 399 BCE, Plato about 348 BCE, and Aristotle in 322 BCE.)

Of course, most Greeks did not have an advanced education; the literacy rate for that time is estimated at about 5 percent. The more educated Greeks believed in a pantheon of gods, headed by the sky god, Zeus, who emerged triumphant from the battle of the gods. (See the Greek origin story in Unit 1.) Many Greeks believed in mystery religions, which involved secrets known only to initiates and often entailed a savior whose death and resurrection would lead to salvation for followers.

Hercules on Ancient Greek and Roman Coins and His History ...
Related Posts
Categories
Latest Stories
Average weather in Athens Greece Weather lowdown Although summer in Athens began in June, on average the...
Greece and Turkey Travel Travel on a Rick Steves tour through Greece or Turkey for the very best...
Hotels Resorts in Greece This stunning beach resort is situated in Crete on the Cretan sea. It is...
Island of Rhodes, Greece Loyalty to Sparta ended in 395 BCE when democracy was established on the...
Greece Ridge Center Mall Avis Location Information » 317 Greece Ridge Center Drive Location Contact...
Links How deep is eardrum q tips Why do the tips of my breasts hurt How to clean...
Interesting facts

Antichthon is the journal of the Australasian Society for Classical Studies. The focus of the journal is Greece and Rome, however, its scope is broadly defined so as to embrace the Ancient Near East and the Mediterranean from the beginnings of civilisation to the Early Middle Ages.

The Journal of Ancient History (Russian: "Вестник древней истории") is a Russian bulletin founded in 1937. It publishes articles mainly on Ancient Orient, Ancient Greece, Ancient Rome, and recent archeological digs. It comes out four times a year. Circulation: over 3,000 copies (1971). The journal was established by the Georgian scholar and...

The Classical Association of the Middle West and South (CAMWS) is a professional organization for classicists and non-classicists at all levels of instruction which promotes the Classics through the broad scope of its annual meeting, through the publication of both original research and pedagogical contributions in The Classical Journal, and...