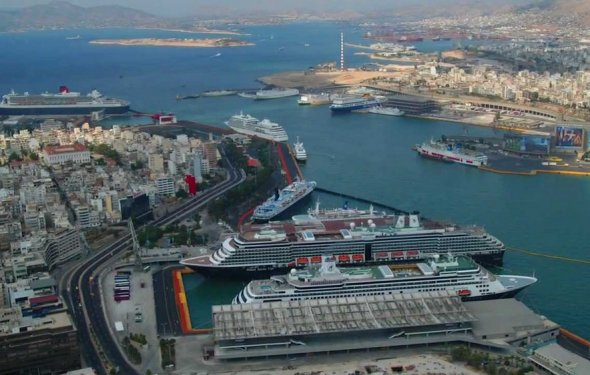 Vacationing in Greece might not be a completely safe experience, but as long as reasonable precautions are taken, you have a good opportunity to have a great time and not be the victim of a crime. Greece, as an entry point to Europe from the Middle East and Asia, is the scene of a substantial amount of organized criminal activity. Tourists and vacationers are not usually targeted, but some may find themselves in the wrong place at the wrong time. In addition, there are terrorism concerns and other crimes that happen regularly.

Crime takes a number of forms in Greece. Domestic and international terrorist organizations or members of organizations do exist in the country. In addition, Greece has its share of theft, and date rape, or acquaintance rape, has been reported on some of the more popular tourist islands. Of all the crimes, theft seems to be the most commonly reported crime by tourists. The country also serves as a popular route for drug trafficking.

While the theft of money and credit cards can cause an extreme hardship, many people keep their identification in the same place as they keep their money. Thus, the situation becomes especially difficult, especially for international travelers who may need their passport sto re-enter their home countries.

If you are going out, make sure you have your belongings, especially money and identification, with you or secured in a safe in your hotel room. Do not think that just because it is in the hotel it is safe. Even keeping money and identification on you may not mean that it's safe. Using a money belt or other type of secured storage will help make you a difficult target to exploit.

The U.S. State Department recommends, "The usual safety precautions practiced in any urban or tourist area should be practiced during a visit to Greece." Therefore, venturing out at night alone would be unwise. Further, use of public transportation, while generally safe, creates opportunity for pickpocketing and purse snatching. Closely guard your belongings while on a metro system, train or public bus.

Greece has factions of both domestic and international terrorist organizations. One of the most militant of the domestic groups is known as the Revolutionary Struggle. While these groups generally do not target tourists, the American Embassy, American and Greek businesses have been attacked. Therefore, tourists could become caught up in an attack, whether it was intended for them or not.

Tourists should always remain alert of suspicious activity. If you do become the victim of crime, report it to the local authorities immediately. Further, if your identity is stolen, it is in your best interest to contact the nearest embassy or consulate for your country. The State Department lists travel warnings for situations that warrant them.

ALERT! Capital Controls in Greece as Banks Shut Down To ...
Popular Q&A

What does Greece use for travel?

Jon Edward Martin is an American author, who writes historical fiction novels. He is best known for his novels about Ancient Greece. He is a native of Massachusetts, who holds a bachelor's degree in English Literature. He is married with three children; a daughter and two sons and he lives in Boston, Massachusetts.
Jon is a member of the...

Dr. Tsui Shung-yiu, SBS, JP is a former Director of the Hong Kong Marine Department.
He was awarded the Silver Bauhinia Star for his service to the Hong Kong Government in promoting the growth of the Hong Kong Shipping Register and helping to maintain Hong Kong's status as a leading hub port and international maritime centre.
Dr. Tsui retired...