Top things to do in Mykonos Greece 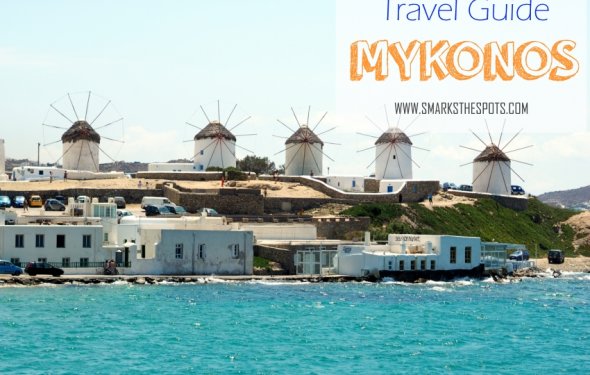 Once among the poorest, barest Greek islands, Mýkonos in the 1960s became a bohemian mecca and is now one of the glitziest, most renowned tourist destinations in the country. This central Cyclade was briefly the premier Mediterranean resort for gay travellers, though since then Mýkonos has tried to reinvent itself for a more varied clientele.

Nightlife is still very gay-friendly, loud and long, such that few venture out onto a dozen sheltered south-coast beaches much before noon.

Nightlife is still very gay-friendly, loud and long, such that few venture out onto a dozen sheltered south-coast beaches much before noon. There’s also no shortage of clothing and jewellery boutiques in the main town (Hóra) for a spot of retail therapy. It is, however, strongly suggested that you vacate Hóra itself between 10am and 5pm – when one cruise ship is in port, let alone two or three, the streets essentially become impassable.

The Cyclades are most enjoyable in late spring – when the landscape is still green, the sea has warmed up to feasible swimming temperatures, but the crowds have yet to descend – and early autumn, when the summer hordes have departed and the sea is at its warmest. In both spring and autumn you can expect attractive prices for accommodation compared to summer.

But take note – not too late in autumn; after late September many facilities close down, storms do hit, ferry links get sparse but paradoxically cruise ship calls at Mýkonos and Santoríni become more frequent, with their patrons on shore leave clogging the streets of the port towns all day. There are also swarms of flies to contend with through much of September and October, and on some Cyclades wasps or hornets.

The Cyclades are most enjoyable in late spring.

Take a (possibly choppy) boat ride to the sprawling archaeological site on Delos islet, the ancient Aegean's main religious centre. Back in Mýkonos Town, the Archaeological Museum's ancient pottery collection may not sound wildly exciting at first, but this one really grows on you.

Don't just flop on the beach afterwards – take the plunge off of the island's more sheltered south coast, at Paradise or Kalafáti coves' legal scuba-dive sites.

Know before you go

Fun in the sun! My travel vlog to stunning Mykonos, Greece!
Related Posts
Categories
Latest Stories
Average weather in Athens Greece Weather lowdown Although summer in Athens began in June, on average the...
Greece Travelling As Sue Scanlon prepares to visit northern Greece this summer, she is keeping...
Hotels Resorts in Greece This stunning beach resort is situated in Crete on the Cretan sea. It is...
Temperature Rhodes Greece Rhodes is the largest of the Greek Dodecanese Islands, located south-west...
Greece Ridge Center Mall Avis Location Information » 317 Greece Ridge Center Drive Location Contact...
Questions about Ancient Greece Professor Mika Kajava from the University of Helsinki revealed some of...
Interesting facts

Barbara Fialho (born December 21, 1987) is a Brazilian fashion model. She was born in the city of Montes Claros, Minas Gerais.
At 15 years of age she left her home town and moved to the city of São Paulo to work as a model for São Paulo Fashion Week and Rio Fashion Week. Barbara made such an instant impact in Brazil that after just three months...