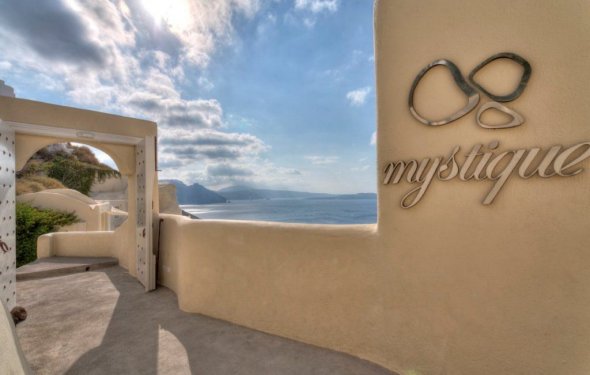 New Year’s Day is an extravagant celebration throughout the world. It is celebrated differently in every country and unique with its various characteristics. In Greece, there are many customs and traditions associated with this time of the year and each and every one of them marks the new upcoming beginning. Let’s find out the most well-known Greek customs about the New Year’s Day.

Unlike other European countries, where Father Christmas is Saint Nicholas and comes every Christmas, in Greek tradition, Father Christmas is supposed to visit children and give them presents on 1 January. His name is St. Basil or Aghios Vasilios and comes from Caesarea and not North Pole. He was known from the Byzantine times for his kindness towards the small and the poor and his memory is celebrated on New Year’s Day.

One of the most anticipated culinary customs in Greece is the slicing of Vasilopita (St.Basil’s pie or New Year’s Cake) that dates back to the Byzantine times. The head of the house must cross the cake with his knife and then cut the first slices for God, Christ, Virgin Mary and the house and after for each member of the family starting with the eldest. This special cake contains a ‘flouri’ or lucky coin and the one who finds it, is considered to be lucky for the rest of the year. At the meal table there is also a special decorated round loaf called ‘Vasilopsomo’ or St. Basil’s bread.

In every village and city of Greece on New Year’s Eve, you will see children running up and down the streets, travelling from house to house, offering good wishes and singing kalanta, the equivalent of carols. Often the songs are accompanied by small metal triangles, little drums, guitars, accordions, lyres and harmonicas. and the children are rewarded with small amount of money and sweets.

The Greek Christmas celebrations conclude with the feast of ‘Phota’, as the Epiphany is called. In the Orthodox Church this feast is known as the baptism of Christ and is associated with the blessing of the waters. On the day of Epiphany there is the great “Aghiasmos” service in the every church of the country and in most islands and ports the priest throws a cross into the sea. Young men will dive into the cold waters to retrieve it and the one who catches the cross is considered to be blessed.

MYSTIQUE RESORT, SANTORINI GREECE, PROMO - VIPPLUS HD FILM
Related Posts
Categories
Latest Stories
Average weather in Athens Greece Weather lowdown Although summer in Athens began in June, on average the...
Greece and Turkey Travel Travel on a Rick Steves tour through Greece or Turkey for the very best...
Hotels Resorts in Greece This stunning beach resort is situated in Crete on the Cretan sea. It is...
Island of Rhodes, Greece Loyalty to Sparta ended in 395 BCE when democracy was established on the...
Greece Ridge Center Mall Avis Location Information » 317 Greece Ridge Center Drive Location Contact...
Links How deep is eardrum q tips Why do the tips of my breasts hurt How to clean...
Interesting facts

Santorini (Greek: Σαντορίνη, pronounced [sadoˈrini]), classically Thera ( /ˈθɪrə/), and officially Thira (Greek: Θήρα [ˈθira]), is an island in the southern Aegean Sea, about 200 km (120 mi) southeast from Greece's mainland. It is the largest island of a small, circular archipelago which bears the same name and is the remnant of a volcanic...