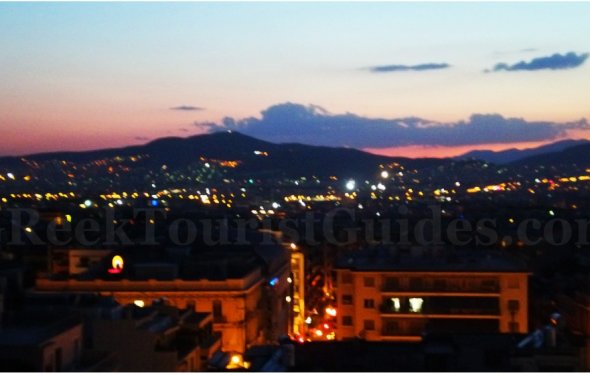 History of Athens
Birthplace of democracy

Athens was built in the plains of Attika between the Parnitha, Penteli and Hymettos mountains and close to the Saronic Gulf. For ages its important geographic location and its mild climate were de main reasons why people chose to live here. During her very long history, Athens produced a brilliant civilization as well as a contribution of inestimable value to the world's heritage.

Today Athens, with its five million inhabitants, has all characteristics of a modern metropolis but it has kept its very unique ancient atmosphere, an atmosphere that reflects in the Athenians and their way of living. Athens follows the changes of the 21e century and it has made its rhythm faster but it has always made certain that the memories of its valuable past are kept.

First time visitors to Athens are torn between the remnants of the old and those of the new world, between the gods and the shops of Plaka, between the ancient art and the green covered terraces. Returning visitors enjoy all of both worlds, as do the Athenians themselves. Athens has a lot to offer and even more to enjoy.

The birthplace of the concept of democracy

It is hard to imagine that the concept of democracy was born 2.500 years ago at the foot of the Acropolis in Athens. This first kind of democracy has evolved into present democracy as we know it now.

It is even harder to imagine that the Ancient agora at that time had a parliament, a town hall, a courthouse, a prison, temples, restaurants, meeting rooms, schools, places to do business, laws, festivals, sport events etc.

Take your time to visit the Ancient agora, to walk on the Panathenaic road lined with statues. Visit the completely renovated Stoa of Attallos and its museum. It holds a remarkable collection you will want to see. Find the altar of Zeus Phratrios and the statue of Hadrian and while you are doing so, remember that you are standing in the birthplace of the concept of democracy.

At the foot of the Acropolis. Entrance: Adrianou street.

Say "Athens" and people will say "The Acropolis".

Yes, of course, you should not leave Athens without having visited the Acropolis with its splendid Parthenon, Erechteion, Temple of Athena etc. However, Athens has much more to offer. The Ancient and the Roman Agora, Plaka, the romantic Anafiotika area, the Panathenaic Stadium, Lykavittos and Philopappou Hill, the tens of museums, Psirri, Syntagma, Monastiraki etc. There is a lot to see in Athens and it is worth while seeing it.

What are some facts about Athens, Greece.

Athens is often mentioned in Greek mythology. The ancient Athenians believed that they originally came from Attica and etc

WiND is a Web application targeted at Wireless community networks. It was created as a replacement for NodeDB for the members of Athens Wireless Metropolitan Network (AWMN) located in Athens, Greece.
WiND was created by a team of people and each piece of code remains under the copyright of their respective author.
WiND is Free Software...

Alexandre Tuffère or Tuffèri (Greek: Αλέξανδρος Τουφερής - Alexandros Touferis) (born June 8, 1876, Athens, Greece – died 14 March 1958 ) was a French–Greek athlete, who was born and lived in Athens. He competed at the 1896 Summer Olympics in his hometown for France, but he also set several national records in Greece.
He placed second in the...

Neaira, or Neaera, (pronounced "neh-EYE-ruh") (Νέαιρα) was a hetaera who lived in the 4th century BC in ancient Greece; there is no reliable data about the exact dates of her birth and death. She was brought to trial in the mid-fourth century, and the prosecution speech from that trial (Demosthenes 59 Against Neaira) survives. Although the...