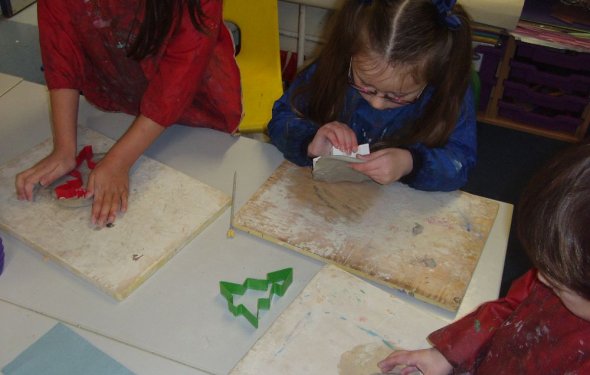 Portrait of Socrates. Marble, Roman artwork (1st century), perhaps a copy of a lost bronze statue made by Lysippos.

Socrates (469-399 B.C.) was a classical Greek philosopher who is credited with laying the fundamentals of modern Western philosophy. He is known for creating Socratic irony and the Socratic method (elenchus). He is best recognized for inventing the teaching practice of pedagogy, wherein a teacher questions a student in a manner that draws out the correct response. He has had a profound influence on Western philosophy, along with his students Plato and Aristole. Though much of Socrates' contribution is to the field of ethics, his input to the field of epistemology and logic is also noteworthy.

Scholars and historians who try to gather accurate information about Socrates face a peculiar problem, known as the Socratic problem. This problems arise due to 3 key features - There is no proof that Socrates ever wrote anything, philosophical or biographical.
Whatever information we derive about Socrates is from the works of 4 scholars namely - Xenophon, Plato, Aristotle, and Aristophanes.
The writings are in an artistic and creative style, therefore creating a doubt whether these details are truth or fiction.
So the information on Socrates that is available cannot be proved and has no historical evidence. If the evidence is only through the writings of his associates, there is doubt that Socrates ever existed or he was an imaginary character in his students writings to explain their philosophy.

Details of the life of Socrates can be obtained from writing of his associates and students, Plato, Aristophanes and Xenophon. There is no proof that Socrates himself wrote anything. Most of whatever we know of him is through Plato's works like 'The Apology'. Socrates was primarily know for h
is ideas, communication skills and public teachings. His views and ideas are reflected through his associates' works. In Plato's work, Socrates' father was Sophroniscus and his mother Phaenarete, a midwife. Socrates married Xanthippe, who was much younger than him and he had three sons, Lamprocles, Sophroniscus and Menexenus.
Very little is known on what Socrates did for a living. According to Timon, he took over the stonemasonry trade, which was a family business, although Xenophon's version suggests that he dedicated his life to philosophical discussion. Aristophanes' writings describe Socrates running a sophist school and getting paid for it. Xenophon and Plato disagree with this saying that Socrates did not accept any payment for his teaching, with his poverty acting as proof of this fact. In Plato's dialogues he portrays Socrates as a soldier who served in the Athenian army and fought in the battles of Potidaea, Amphipolis, and Delium.

The Socratic Method or elenchos is described in Plato's 'Socratic Dialogues'. The Socratic Method clarified the concepts of Good and Justice. If you have any problem, break it down to a series of questions and you find your required answer in those responses.
This philosphy earned him the crown of father of political and moral philosphy and a leader in mainstream Western philosphy. The Socratic Method is so designed as to help examine one's own beliefs and evaluate their worth.

Socrates was morally, intellectually and polically against the Athenians. When he was on trial for corrupting the mind of young Athenians he explained that while they are concerned about their families and careers, they would better be concerned about the 'welfare of their souls'. He also contested the Sophistic doctrine (virtue can be taught) and argued that successful fathers do not necessarily produce successful sons and that moral excellence was more a matter of divine bequest than parental upbringing.

Socrates believed that wisdom was parallel to one's ignorance. One's deeds were a result of this level of intelligence and ignorance. He constantly connected the 'love of wisdom' with 'art of love'. It is debatable whether he believed that humans could become wise, but he drew a clear line between wisdom and ignorance.

Socrates believed that one must concentrate more on self development than on material things. He encouraged people to develop friendships and love amongst themselves. Humans possess certain basic philosophical or intellectual virtues and those virtues were the most valuable of all possessions. To act Good and to be truly Good from within is different and virtue relates to the Goodness of the soul.

"Ideals belong in a world that only the wise man can understand". He had no particular beliefs on politics but did object to democracy, but disliked its Athenian form. Basically, he objected to any government that did not run on the basis of his ideas of perfect governance. Socrates refused to enter politics because he could not tell other people how to lead their lives when he didn't know how to live his own. He thought he was a philosopher of truth, which he had not fully discovered. Towards the end of his life, democracy was supplanted by the Thirty Tyrants for around one year, before being restored. For Socrates, the Thirty Tyrants were no better and arguably worse rulers than the democracy they sought to replace.

His caricature in Aristophanes' comedy 'The Clouds', as a clown is supposed to be a more accurate representation of Socrates than that of his students' works, according to Kierkegaard. Socrates thought answering the laughter in a theatre was much more difficult than answering the challenges of his accusers. Socrates was also criticised in the writings of Callias, Eupolis and Telecleides.

Plato and Xenophon were direct disciples of Socrates and wrote continuous descriptions of him. Aristotle refers frequently, but in passing, to Socrates in his writings.

The Socratic Dialogues are conversations between Socrates and other people of his time or discussions between him and his followers. The latter being described in Plato's 'Phaedo'.

The Apology is the actual speech delivered by Socrates during his death trial. In the Athenian jury system, an "apology" is composed of three parts: a speech, followed by a counter-assessment, then some final words. 'Apologia' in Greek means defense and not regretting anything. The speech was Socrates defending himself at the trial.

The death of Socrates is the climax point in his career and is well depicted in Plato's works. His death could have been avoided if he had deserted his philosophy and gone back to minding his own business. Even after he was convicted he could have escaped with the help of his friend Crito, who argued that by not escaping, Socrates was letting down his students and family. His non-cooperation seems to be, in part, an expression of political infighting. Athens, at the time, was in political turmoil, undergoing a change from authoritarian rule to democracy and Socrates was against democracy. Despite his loyalty to Athens, his attitude of defending his truth clashed with current Athenian politics and society. Even the Oracle had agreed that there was no one wiser than Socrates, but Socrates refused to believe this. Eventually Socrates was sentenced to death by poison (hemlock). His death narrative is found in Plato's 'Phaedo'. After drinking the poison Socrates was made to walk till his legs felt heavy. The man who gave him the hemlock pinched his foot but Socrates only felt a numbness. This numb feeling eventually travelled to his heart and he died. Shortly before dying, Socrates spoke his last words to Crito saying, "Crito, we owe a cock to Asclepius. Please, don't forget to pay the debt."

Stephen of Byzantium, also known as Stephanus Byzantinus (Greek: Στέφανος Βυζάντιος; fl. 6th century AD), was the author of an important geographical dictionary entitled Ethnica (Ἐθνικά). Of the dictionary itself only meagre fragments survive, but we possess an epitome compiled by one Hermolaus.
Nothing is known about the life of Stephanus...

Holidays in Greece TV is the only network in Greece devoted exclusively to travel and tourism. Its aim is to promote the Greek tourism industry, which is one of the main industries in Greece along with shipping. Holidays in Greece TV launched in the fall of 2004. All areas of Greece are covered, as well as a look at various companies involved...

Many ancient inventors imagined - and sometimes even constructed - machines for transport that would not be out of place today. This captivating episode reveals surprising new information about transportation technology invented by our distant ancestors.
You will marvel at railway cars built in Greece in the 6th century BC and at the fantastic...