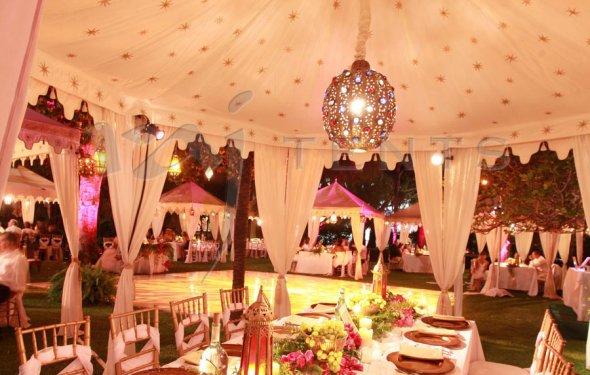 In Ancient Greece, around 400 B.C.E., young girls were given in marriage as soon as they reached puberty, about the age of 12 or 13. Fathers arranged for suitable husbands for their daughters.

The marriage ceremony in Ancient Greece was made up of three different phases. First, the young girl who was given in marriage was separated from her childhood household called the “oikos.” Then she would transition to the home of her husband and his family. The last phase of the ceremony would be the shift of her new role as wife to her husband and “daughter” to her husband’s parents. The focus of all the festivities and ceremonies was the bride and her transition to her new household and her new master. As a child, her father was master, but now her husband was her new master or “kyrios.”

The wedding lasted three days and the day before the wedding was called the “proaulia.” For a few weeks before the proaulia, the bride would be with her mother and other female relatives. Her friends and chosen servants would be sharing this time with her as well. They would be preparing for the wedding at the bride’s childhood home. These rituals prior to the wedding were one of the few types of festivities where women actively celebrated.

Once the day of the proaulia arrived, there would be a feast at the bride’s home. She would make offerings that included her childhood toys and clothing to different gods. This ceremony signified the official end of her childhood. She made the offerings, called the “protelia, ” to the gods and goddesses to order to receive their protection during this important time in her life.

The bride would also offer special sacrifices, such as locks of hair, to the goddess Artemis. Artemis could offer a smooth transition from the bride’s life as a child to her new status as a married woman. Sometimes the bride would make sacrifices to Hera to align her new marriage with the divine nature of the gods and goddesses.
The bride and groom would also make offerings to the goddess Aphrodite so that she would ensure their coupling would create healthy children.

The Wedding Day Has Arrived

The wedding day, called the “gamos” began with a nuptial bath in the women’s quarters. Water was brought from the river and carried in a vase. A child who had been given this special honor brought the bath water to the bride. This ceremony was intended to purify the bride and enhance her ability to have children. After her bath, the bride would dress in the same room where she had bathed.

The bride’s costume contained a veil, which symbolized her purity. Just as in modern weddings, this veil was not removed until she was given in marriage to the groom. The bride would also have a special helper who, along with her mother and other relatives and friends, would assist during the meal preparation and sacrifices.

This was one of the events where women were allowed to attend even though women and men were seated at different tables. They dined on fine foods and ate delicacies such as honey mixed with sesame seeds. Entertainers hired for the wedding would dance and sing. The songs were important since the lyrics encouraged the new couple in their marriage and expressed hopes for many children.

Any idea's of how to start a Weather report on Ancient Greece? | Yahoo Answers

You have to learn the art of THUNDER AND LIGHTING first to make ur own weather report..... from the king of the gods ZEUS....

What is the weather in ancient Greece in Fall?

In the fall it would begin to rain and there would be storms. The temperature would drop into the 70's and then the 60's -

Who was the first weather man in ancient Greece?

In ancient Greece, the first weather vane sat atop the Tower of the Winds in Athens, built by Andronicus, an astronomer in 48 B.C.

In the Ancient Greek world of Athens, women had different rites concerning the process of engagement and marriage. A daughter was not allowed to marry unless a krios, which was a daughter’s father, blood brother, a grandfather, or legal guardian, allowed it. The krios would announce that he was allowing his daughter to marry. The suitors would...

In popular culture, sets of precious substances may form hierarchies which express conventional perceived relative value or merit. Precious metals appear prominently in such hierarchies, but as they grow, gems and semi-precious materials may be introduced as part of the system. The sequences can provide interesting examples of the arbitrariness...