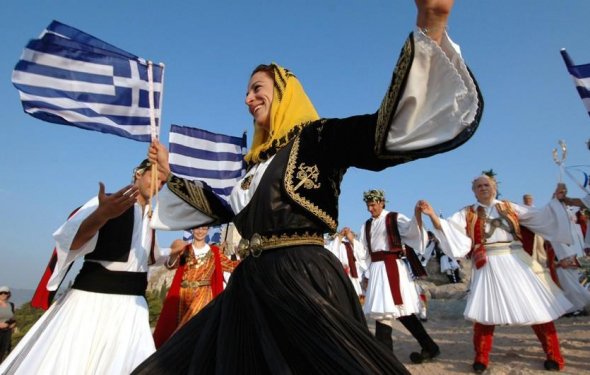 Ancient Greeks, as well as other civilizations of that time, often attributed weather changes and natural phenomena to the gods. For example, lightning was a way for Zeus to show his anger, just as Thor in ancient Nordic mythology.

Ancient Greek mythology is an example of how early civilizations tried to explain the unexplainable at the time forces of nature, weather and astronomy. Many ancient Greek gods and goddesses were elements of weather and seasons personified.

Ancient Greeks also believed in Poseidon, god of sea and earthquakes, Helios, god of sun, Selene, goddess of moon, Hephaestus, god of volcanoes, Chione, goddess of snow, Zeus, king of all gods and god of sky, thunder, lightning and rain. All occurrences of favorable or poor weather were thought to be a direct result of godly intervention.

However, thanks to their continuous observation of nature, ancient Greeks had a great understanding of weather and climate in general. It may not have been as advanced as modern science but their basic knowledge helped them to better understand weather changes and find ways to benefit from them.

The word “climate” stems from the Greek word “klima” meaning inclination and referring to the climate conditions created by the Sun’s angle. Moreover, ancient Greeks invented the term “meteorology, ” the study of atmospheric disturbances. Aristotle is considered the founder of meteorology. He tried to explain the weather through the interaction of the four elements: earth, fire, air, and water. Aristotle’s student Theophrastus produced the first book on weather signs, listing observations used to forecast weather, many of which are still used to this day.

In ancient Greece people used their knowledge to their advantage, focusing on the air’s movement, commonly known as wind, as well as the significance of the Sun and Moon positions in the sky in order to forecast phenomena such as tides and improve everyday tasks involving agriculture or sailing.

Ancient Greece Weather Report
Related Posts
Categories
Latest Stories
Average weather in Athens Greece Weather lowdown Although summer in Athens began in June, on average the...
Greece and Turkey Travel Travel on a Rick Steves tour through Greece or Turkey for the very best...
Hotels Resorts in Greece This stunning beach resort is situated in Crete on the Cretan sea. It is...
Island of Rhodes, Greece Loyalty to Sparta ended in 395 BCE when democracy was established on the...
Greece Ridge Center Mall Avis Location Information » 317 Greece Ridge Center Drive Location Contact...
Links How deep is eardrum q tips Why do the tips of my breasts hurt How to clean...
Interesting facts

Nea Efesos (Greek: Νέα Έφεσος) is a big settlement of the former Municipality of Dio, which is part of the municipality of Dio-Olympos, in the Pieria regional unit, Central Macedonia, Greece.
The settlement was recently renamed Νέα Έφεσος (New Ephesus), because of the installation of the Greeks, from the region of ancient Ephesus. In 2007 was...

Skyros marble is worldwide famous since ancient times. Marble from Skyros Island decorates many important sites and historical monuments in Greece and all over the world.
Marble of Skyros quality is considered as timelessly perfect. As building material, is recommended for exterior use, as its special color tones remain unaffected by weather...

Agnondas is a small port and summer community on the island of Skopelos, Greece. Agnondas is the alternative port for ferryboats and passenger hydrofoils when bad weather closes the main port of the town of Skopelos. Agnondas was an athlete from Skopelos, a champion of the Ancient Olympic Games in 569 BC. It is said that on his victorious...