What is polis in Ancient Greece? 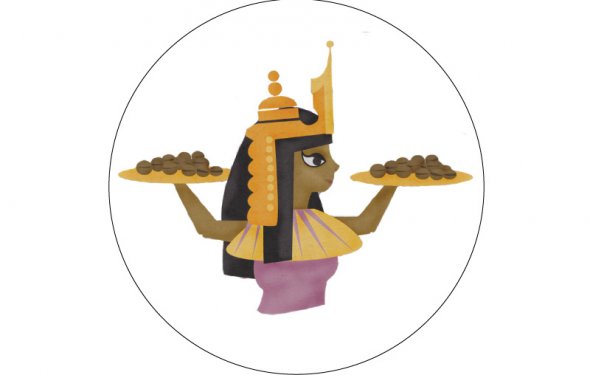 The ancient Greeks were particularly concerned with such fundamental questions as who should rule and how? Should sovereignty (kyrion) lie in the rule of law (nomoi), the constitution (politea), officials, or the citizens? Not settling on a definitive answer to these questions, government in the ancient Greek world, therefore, took extraordinarily diverse forms and, across different city-states and over many centuries, political power could rest in the hands of a single individual: (monarchies and tyrants) or in a select few (the oligarchies) or in every male citizen: democracy - widely regarded as the Greeks' greatest contribution to civilization.

Our knowledge of the political systems in the ancient Greek world comes from a wide range of sources. Whilst for Athens, it is possible to piece together a more complete history, we have only an incomplete picture of the systems in most city-states and many details of how the political apparatus actually functioned are missing. Surviving, though, are over 150 political speeches and 20, 000 inscriptions which include 500 decrees and 10 laws. There are also two specifically political texts with the same title, The Constitution of the Athenians, one written by Aristotle or one of his pupils and the other attributed (by some) to Xenophon. Other sources which discuss politics and government include Aristotle’s Politics and the historical works of Herodotus, Thucydides, and Xenophon. In addition, politics is often lampooned in the comedies of Aristophanes.

Athens’ constitution is called a democracy because it respects the interests not of the minority but of the whole people. When it is a question of settling private disputes, everyone is equal before the law; when it is a question of putting one person before another in positions of public responsibility, what counts is not membership of a particular class, but the actual ability which the man possesses. (Pericles, 431 BCE)

The word democracy derives from the Greek dēmos which referred to the entire citizen body and although it is Athens which has become associated with the birth of democracy (demokratia) from around 460 BCE, other Greek states did establish a similar political system, notably, Argos, (briefly) Syracuse, Rhodes, and Erythrai. Athens is, however, the state we know most about. The assembly of Athens met at least once a month, perhaps two or three times, on the Pnyx hill in a dedicated space which could accommodate 6000 citizens. Any male citizen 18 years or over could speak (at least in theory) and vote in the assembly, usually with a simple show of hands. Attendance was even paid for in certain periods which was a measure to encourage citizens who lived far away and couldn’t afford the time-off to attend. Citizens probably accounted for 10-20% of the polis population, and of these it has been estimated that only 3, 000 or so people actively participated in politics. Of this group, perhaps as few as 100 citizens - the wealthiest, most influential, and the best speakers - dominated the political arena both in front of the assembly and behind the scenes in private conspiratorial political meetings (xynomosiai) and groups (hetaireiai). Critics of democracy, such as Thucydides and Aristophanes, also pointed out that the dēmos could be too easily swayed by a good orator or popular leaders (the demagogues) and get carried away with their emotions. Perhaps the most famous bad decision from the Athenian democracy was the death sentence given to the philosopher Socrates in 399 BCE.

Issues discussed in the assembly ranged from deciding magistracies to organising and maintaining food supplies to debating military matters. There was in Athens (and also Elis, Tegea, and Thasos) a smaller body, the boulē, which decided or prioritised the topics which were discussed in the assembly. In addition, in times of crisis and war, this body could also take decisions without the assembly meeting. The boulē or council of 500 citizens waschosen by lot and had a limited term of office, which acted as a kind of executive committee of the assembly. The decrees of the Assembly could also be challenged by the law courts. Similar in function to the boulē was the council of elders (selected men over 60), the gerousia, of Sparta, which also had the two Spartan kings as members and had certain legal powers. Similar bodies of elders existed in Corinth and Stymphalos. In Athens, the Areopagus was a similar such council, where elders were made members for life.

In other Greek states then, there were also democratic assemblies, sometimes, though, with a minimum property stipulation for attendees (as in the Boiotian federation 447-386 BCE). Some city-states also mixed democratic assemblies with a monarchy (for example, Macedonia and Molossia).

ANCIENT GREEKS Who Were They 1 2 720p
Related Posts
Categories
Latest Stories
Average weather in Athens Greece Weather lowdown Although summer in Athens began in June, on average the...
Greece and Turkey Travel Travel on a Rick Steves tour through Greece or Turkey for the very best...
Hotels Resorts in Greece This stunning beach resort is situated in Crete on the Cretan sea. It is...
Island of Rhodes, Greece Loyalty to Sparta ended in 395 BCE when democracy was established on the...
Greece Ridge Center Mall Avis Location Information » 317 Greece Ridge Center Drive Location Contact...
Links How deep is eardrum q tips Why do the tips of my breasts hurt How to clean...
Interesting facts

Greek-Iraqi relations are foreign relations between Greece and Iraq. Relations of the Greek and Iraqi peoples are deeply rooted in history, both have developed cultures that have influenced the course of humanity. They date as far back as when early Greek scholars of the 1st millennium BC lived and studied in Babylonia and Assyria, to later...

In ancient Egypt rope stretchers were surveyors who measured property demarcations and foundations using knotted cords which they stretched in order to take the sag out of the rope. When performed by kings during the initial stage of temple building the Stretching of the Rope was probably a religious ceremony rather than a surveying job. On...

Crestonia (or Crestonice) (Greek: "Κρεστονία") was an ancient region immediately north of Mygdonia. The Echeidorus river, which flowed through Mygdonia into the Thermaic Gulf, had its source in Crestonia. It was partly occupied by a remnant of the Pelasgi, who spoke a different language from their neighbors (Thracians and Paeonians); later the...