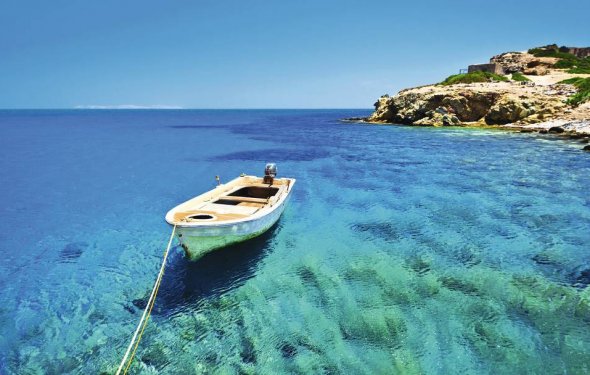 Covering the Greek crisis for the past few months, the question I am asked most commonly is: “Why won’t Greece just stop whining and pay its debts?” It is quite depressing to realise there are so many people out there who think there is a mattress somewhere in Greece stuffed with a trillion euros, which we are refusing to hand over simply out of radical leftism. The second most commonly asked question, however, cheers me up significantly: “Is there any way we can help?”

There is: visit Greece. The weather is just as stunning as it ever was this time of year; the archaeological sites just as interesting; the beaches just as magical; the food just as heart-healthy. The prices are significantly cheaper than usual. It is one of those rare everybody-wins situations.

Related: Anarchist theatre and wild horses: how to have a Greek solidarity holiday

The people are even more welcoming, more hospitable and more grateful than ever. The reaction to difficulty has been a broader smile, a wider embrace. We understand that you have a choice and we understand why you have chosen Greece right now. Tourism is liquidity. Tourism is solidarity.

If you are thinking of helping my country in this way, there are ways to do so perfectly safely and to maximise the benefit. It is important to say that there has been no violence, at all, anywhere. And whenever there has been any trouble in the past, it has always confined itself in a very small and easily avoidable area, in the very centre of Athens. If you are feeling even a little nervous about it, plenty of airlines fly directly to dozens of resorts and stunning, out-of-the-way destinations.

A British friend, Kris, who just came back from Athens, says: “It would be very easy not to know that anything was even going on … There were some queues at ATMs, but no more than in the centre of London during a busy weekend. There is no rationing or shortages. The only exception was the night of the rival rallies, for Yes and Oxi; I was absolutely amazed that they were held less than half a mile apart and there was no trouble whatsoever. From our hotel terrace, it was like listening to democracy in stereo … I would go back in a heartbeat.”

In Athens’ street markets, a Greek tragedy plays out - video

Take euros with you, in cash, to cover your stay’s expenses (and possibly a backup of sterling). This way, you inject paper money directly into our economy. Hard currency is what is lacking. Keep most of it in your room safe or the hotel safe. It is sensible to split the remainder among you. Travel insurance companies have recognised that this will be the case, and most have increased the total amount of cash for which you are covered.

The best thing to do is book flights (ideally with one of the Greek airlines – there is a 40%-off sale right now on aegeanair.com) and hotels separately. If your best option is a package deal, then that is great too. The local Greek economy will still benefit when banks reopen. But the most direct way to help, in terms of injecting liquidity, is to book your accommodation directly and pay with cash once there. Prices are reported to be significantly cheaper than they usually are this time of year. Your cards will work normally everywhere, but cash is better, as people have difficulty accessing money in their account.

Try to spread the solidarity around: instead of going for very popular destinations, check the smaller islands to which you can fly, or mainland destinations in the Peloponnese, Macedonia and Thessaly. Stunning beaches (and much quieter ones) are never too far away, and some of the sites you can visit are breathtaking. Olympia, the ancient theatre of Epidavros, Delphi, Vergina, Meteora (which you might remember from the climactic scene in For Your Eyes Only), Tempe, Mount Olympus – there are so many. You can find a good guide at greeka.com.

Most importantly, spend your money with small local businesses whenever possible, rather than large multinationals (although even that helps – they still employ Greeks). Your tourism is a form of resistance. You will have the time of your life while helping a nation brought to its knees by international monetary interests.

Greek people and businesses are suffering because of restrictions on international transfers. People who have children studying abroad may have problems sending them money. Greeks who have gone abroad to work may not be able to send money back home. Businesses may not be able to pay for their internet hosting packages if they are based outside Greece. Academics are losing access to scientific journals.

Reach out to any family, friends or business contacts you might have in Greece, or connected to Greece. You may be able to help them in a small but vital way. You might be able to share your access to an academic journal or pay a small stipend for someone’s internet hosting as a deposit for a future holiday. People who need to send money to Greece for any reason can form reciprocal networks through social media with people in Greece who need to send money abroad.

Together we can get over this bump in the road. Together we can prove that solidarity and democracy may have fizzled out as institutional concepts, but they are stronger than ever within people’s hearts. I thank you in advance. My country thanks you.

What is in between greece and crete?

Between Greece and Crete there lie the islands of Kythera and Antikythera.
In Ancient Greece Kythera was considered the island of Aphrodite, the goddess of love. Quite close south west of Kythera is the Calypso Deep, lying in the Ionian Sea, the deepest point of the Mediterranean Sea (5,267 meters).
The small island of Antikythera is well known for the ancient ship wreck that was found there in 1902, unveiling the Antikythera Mechanism.
Kythera and Antikythera also form the borderline between the Ionian Sea and the Aegean Sea.
More information on the certain areas can be found via t…

Stalida (Greek: Σταλίδα, older form Stalis) is a village that lies between Malia and Hersonissos on the north coast of Crete, Greece. It is a lively resort, attracting tourists from many European countries. It has a long, sandy beach and a variety of bars and tavernas. Popular with families, it is 30 km from Nikos Kazantsakis airport in...

Apokoronas (Greek: Αποκόρωνας) is a municipality and a former province (επαρχία) in Chania regional unit, north-west Crete, Greece. It is situated on the north coast of Crete, to the east of Chania itself. The seat of the municipality is the village Vryses.
The Apokoronas extends from the foothills of the White Mountains north to the coast, in...

Kroustas is a small village close to Agios Nikolaos on the island of Crete, Greece. It is located on a hill 520 meters above the sea level. In the year 2001 the village had around 500 inhabitants.
Kroustas is known for its magnificent view of Mirabello Bay. It is also known for its traditional cuisine including myzithropites (special cheese...