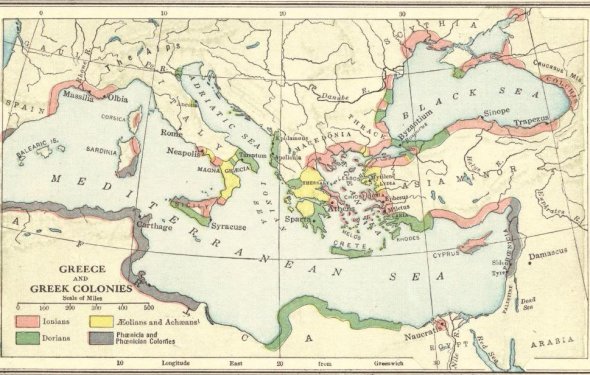 In some future millennium when the definitive history of Planet Earth is chronicled for all to see, the impact and influence of both ancient and modern Greece will occupy countless chapters.

It was here in ancient times that many accomplished architects, philosophers, poets, teachers and thinkers would prove influential in the development of the Western World, and the collective works and legends of such great men as Aristotle, Hippocrates, Homer, Plato and Socrates live on today, and for very good reasons.

The recorded history of Greece began in the Bronze Age (3000-1200 BC), with the rise of many powerful regional cultures. Typical of ancient civilizations, they too eventually crumbled, and in Greece, they were followed by the growth of Athens and Sparta (consequential city-states), as well as the development of Greater Greece.

During this 'Classical Age' massive construction projects were undertaken including the building of the Parthenon atop the Acropolis, enduring literature was written; Socrates, the fabled philosopher, was inspiring the youth of the day with his unwavering commitment to logic and truth, and the spark was lit for the birth of the modern principles of democracy. In 776 BC, the first Olympic Games were held in Athens.

This lengthy creative and prosperous period was eventually interrupted by a Persian invasion of the mainland, a war between Athens and Sparta (won by the Spartans), and the rise of Alexander the Great and the Macedonian Empire. Subsequently the Romans invaded Greece and quickly took control.

The Western Roman Empire began to fade around 300 AD, and Greece became a part of the Byzantine Empire, or the Eastern Roman Empire. Constantinople (now Istanbul, Turkey) was the capital city and Constantine I became its first Christian Emperor.

The Byzantines lasted for some nine hundred years, until Constantinople was conquered in 1204 during the Crusades. In the early 16th century the Ottoman Turks captured this capital city, and most of Greece was then under Turkish control.

The War of Independence with the Ottoman Turks began in 1821, but Greek independence was the direct result of military support from Britain, France and Russia. For on-going stability reasons, those powers and other European forces decided to install a non-Greek king, and that monarchy concept remained into the 20th century.

During WWI, Greek troops fought with the Allies but there were problems growing on the home front. In 1936 the Communist Party had widespread popular support and in that same year General Metaxas was appointed prime minister by the king and he established what would prove to be a disastrous fascist dictatorship.

In World War II, Greece was first invaded by Italy and then occupied by the Nazis. After Germany's defeat by the Allied Forces, internal fighting continued in Greece between supporters of the king and Communist rebels, with Communism finally crushed in 1949.

Greece made a positive move and joined NATO in 1952, but a few years later a military dictatorship took control and it soon suspended many political liberties and forced the king to flee the country. The 1974 democratic elections and a referendum created a parliamentary republic and abolished the monarchy. In 1981 Greece joined the EU, and has never looked back.

Greece is quite a remarkable place as you can literally touch the antiquities of the past and stand right where the genesis of our modern cultures and political systems began. You can also enjoy the colorful charms of its many islands, towns and villages, shop in Athens and meet a friendly face at every turn.

In 2004 the Olympic flame returned home to Greece as this remarkable country played host to the Summer Games. It was a resounding success, one that paid tribute to the assertive, determined and multi-talented citizens of this great land, both past and present.

Myths and Legends of Ancient Greece and Rome - FULL Audio ...

The sexual life of ancient Greece and Rome ...
Related Posts
Categories
Latest Stories
Average weather in Athens Greece Weather lowdown Although summer in Athens began in June, on average the...
Greece and Turkey Travel Travel on a Rick Steves tour through Greece or Turkey for the very best...
Hotels Resorts in Greece This stunning beach resort is situated in Crete on the Cretan sea. It is...
Island of Rhodes, Greece Loyalty to Sparta ended in 395 BCE when democracy was established on the...
Greece Ridge Center Mall Avis Location Information » 317 Greece Ridge Center Drive Location Contact...
Links How deep is eardrum q tips Why do the tips of my breasts hurt How to clean...
Interesting facts

Emporiki Autokiniton was a major Greek automobile trading and industrial company (the name means Automobile Trading Co. and stands for its original activities). Systematic vehicle production started in 1968 (although its predecessors had been building bus and truck bodies before WWII), while the company built a modern vehicle assembly factory...