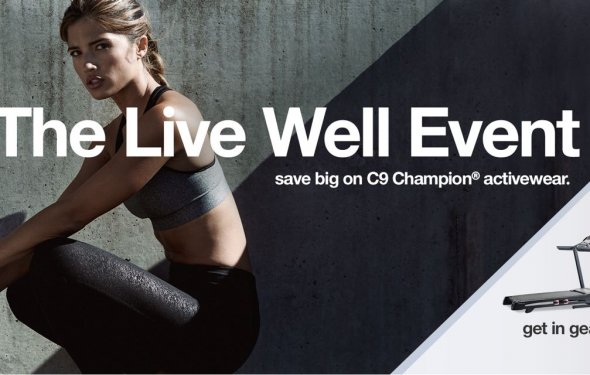 Following a very hot summer for much of central and eastern Europe, fall will bring little change as unseasonable warmth continues along with prolonged dry spells.

While temperatures and precipitation will be largely normal across the British Isles and northwestern Europe in September and October, a turn to stormier weather is expected late in fall.

Reppert added, "This will result in above-normal rainfall from Italy into the southern Balkans while providing beneficial rain to Spain and Portugal."

Record high temperatures were set across many nations from Poland to Ukraine and Romania this summer and prolonged stretches of abnormal warmth will continue for much of the fall.

Those looking for a cool, refreshing fall season will have to wait as unseasonable warmth will prevail through November with rounds of summer heat lingering into early October.

While the core of the heat will be found from the Balkans into southern Ukraine, even locations from eastern Germany through Poland and into western Russia will have to deal with extended periods of unseasonable heat.

A man relaxes in the low water of the river Elb in Dresden, eastern Germany, Saturday, July 4, 2015, during one of many hot summer days. (AP Photo/Jens Meyer)

A strong ridge of high pressure that is expected to anchor over eastern Europe and Russia will block storm systems from reaching the region, resulting in prolonged periods of heat while also resulting in abnormally dry weather.

"A dry summer combined with a dry and warm fall will elevate the risk for wildfires and damage to crops, " said AccuWeather Meteorologist Tyler Roys.

While high pressure will block most of the storms from entering central and eastern Europe, the storm track will shift southward bringing frequent storm systems through France, Portugal and Spain before crossing southern Europe through Italy and the southern Balkans.

An active storm track across southern Europe will result in above-normal precipitation from southern France and much of Spain into Italy and the southern Balkans.

This rainfall will have positive and negative impacts on the region. While parts of Spain and Portugal remain in a long-term drought that has impacted agriculture for several years, Italy and the Balkans have experienced several flooding events.

As a result, the rainfall will be largely beneficial for southern France and Spain, helping to elevate soil moisture for crops. Meanwhile, there will be an enhanced risk for flooding problems from Italy into Albania, Kosovo, Serbia, Macedonia, Greece and Bulgaria.

Roys added, "The highest risk for flooding will be across the Dinaric Alps, Apennines and even parts of the southern slopes of the Alps."

In this picture taken Saturday, Aug. 1, 2015, people make their way on a flooded street in Florence, Italy. A thunderstorm, hail and fierce winds Saturday evening pummeled Florence, flooding basements and knocking down hundreds of trees. (Maurizio Degl' Innocenti/ANSA Via AP)

While the storm systems will quickly move through Spain and France, some of the storms will slow down and spin over Italy and southern Balkans for several days, which will also lead to a higher flooding threat throughout the fall season, but especially during October.

Seasonable Start to be Followed by Storms in British Isles, Northwestern Europe

The British Isles escaped the heat for much of the summer as rounds of intense heat traveled from Spain into France then eastward into central and eastern Europe.

Heat will remain to the east across central and eastern Europe during the early fall, keeping near- to slightly below-normal temperatures across Ireland and the United Kingdom with a cooling northwest flow from the Atlantic being the dominate pattern.

Meanwhile, areas from Paris to Amsterdam can expect a typical fall season with brief pulses of warmth that will be erased by a cooler northwest flow after only a day or two.

During November, the large ridge over central and eastern Europe will weaken and open the door for storm systems to enter northern Europe.

Strengthening storms from the Atlantic Ocean will bring the threat for damaging winds to Ireland, the United Kingdom, northern France, Belgium and the Netherlands during late October into November. This pattern is expected to continue into early winter when several powerful wind storms will cross northwestern Europe.

The dominant weather patterns of the fall season will have significant impacts on agriculture across Europe.

The hot, dry weather that occurred during much of the summer from Belarus and Ukraine into western Russia will persist for most of the fall, resulting in short-term drought that will impact crops across the region.

Officer Involved Shooting at the Mall at Greece Ridge

What is the number for Target on ridge?

Uncommon Friends of the 20th Century is a 1999 documentary film on Florida businessman James D. Newton and the relationships he enjoyed with five key historic figures: Thomas A. Edison, Charles Lindbergh, Henry Ford, Harvey Firestone and Alexis Carrel. The film, which was directed by first-time filmmaker John Biffar and narrated by Walter...

Breakfast of Champions is a 1999 American comedy film adapted and directed by Alan Rudolph from the novel of the same name by Kurt Vonnegut, Jr. It was entered into the 49th Berlin International Film Festival.
The film is a portrait of a fictional town in the Midwest that is home to a group of idiosyncratic and slightly neurotic characters...

Harrison's Reports and Film Reviews is the 15-volume reprint of the complete run of the weekly magazine Harrison's Reports from its founding in 1919 to its demise in 1962. Volumes 1 through 14 are facsimile reprints of the more than 2,000 weekly issues. The reprints were edited by D. Richard Baer and published 1992-1995 by Hollywood Film...