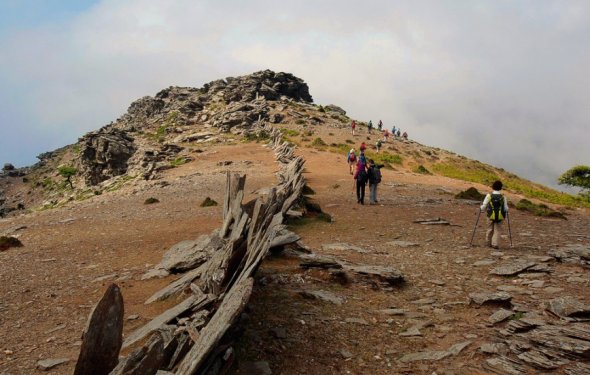 If you’ve been following the news, you no doubt know of the financial troubles that have been happening in Greece. A few weeks ago, banks shut down (although they have since re-opened) and ATMs were given set caps of EUR 60 per withdrawal as the country attempts to dig out of its massive debt. And while at first glance, these might seem like reasons to stay away from the country, in fact, there’s no better time to go to Greece than right now. There are sales on hotels, airline tickets, and holiday packages, and the local economy can greatly benefit from your tourism dollars.

Here are 10 reasons why you should pick Greece as a destination right now:

While the financial crisis has made things more difficult for locals, it’s made a visit to Greece much more affordable for the budget-conscious traveller. Hotel prices are down, and flights to Greece from within Europe have been dropping in price over the past few weeks. If you’re already planning a European vacation, you can probably tack on a jaunt to Greece as part of it for minimal extra costs. Typically, July and August are the most expensive times to go to Greece, but you could be looking at discounts of 25% or more.

Greeks are famous for their generous hospitality, and that vibe is still alive and well — in fact, you might even say that hospitality is stronger than ever. With tourism such an important part of the local economy, the Greeks want travellers to keep visiting, to help feeding that income they need so much right now. You may encounter some sites with reduced hours, or labour strikes, but there’s no animosity toward travellers coming to experience Greece.

3. You’ll be helping their recovery.

Tourism makes up about 9% of Greece’s GDP. Coming to the country now will help to boost their economy at the time they need it most. Just be conscious of where you’re spending your euros while you’re there. Support small, local, independent businesses, as they’ll be the ones struggling the most. Grabbing dinner or a drink might not seem like a big deal, but you’ll be helping to keep local business owners and workers employed.

4. The best things in life are free.

Money may be tight, but the history and scenery of Greece remain as beautiful as ever. The archaeological sites, the stunning beaches — they’re still there, and unaffected by the banking situation. Explore the ancient history of Athens and visit the iconic iconic Acropolis or escape city life and take a . These are the things that have long pulled travellers to Greece, and that will continue to do so despite what happens in the banks.

Greece’s financial troubles have been going on for years, coming to a head in the past few months with the country’s inability to dig itself out of the bailout debt it’s been accumulating since 2010. So while Greece’s finances may be in the news right now, the fact is this is an old issue that’s bound to keep resurfacing, but with minimal effect on your visit. However, note that with the banks only just re-opening now — and with cash withdrawal limits — it’s best to bring lots of money with you, rather than planning to rely on ATMs. As well, cash will likely get you further than credit, as many businesses are opting out of electronic transactions with the current bank uncertainty.

Yes, there are some political protests happening, but this is nothing new for Greece — or for much of Europe, in fact. It’s not uncommon for locals in many European cities to take to the streets when they want their voices to be heard, and those gatherings are typically peaceful — not the scenes of anarchists running amok that media like to show on the evening news (not to say these things don’t happen, but they’re typically not the primary voice behind government protests). While it’s still important to monitor situations for safety, you’re unlikely to stumble across a protest unless you’re seeking out the action. If you’re uncertain, local hotels will know when rallies are scheduled, and can easily help you to avoid certain sites if you’re feeling anxious. There are no travel advisories against Greece from Canada, Australia, the USA, or the UK, with all of them recommending a normal degree of safety precautions.

Best Time To Visit or Travel to Athens, Greece
Related Posts
Categories
Latest Stories
Average weather in Athens Greece Weather lowdown Although summer in Athens began in June, on average the...
Greece and Turkey Travel Travel on a Rick Steves tour through Greece or Turkey for the very best...
Hotels Resorts in Greece This stunning beach resort is situated in Crete on the Cretan sea. It is...
Island of Rhodes, Greece Loyalty to Sparta ended in 395 BCE when democracy was established on the...
Greece Ridge Center Mall Avis Location Information » 317 Greece Ridge Center Drive Location Contact...
Links How deep is eardrum q tips Why do the tips of my breasts hurt How to clean...
Interesting facts

John Ringo (b. March 22, 1963) is an American science fiction and military fiction author. He has had several New York Times best sellers. His books range from straightforward science fiction to a mix of military and political thrillers. To date, he has over two million copies of his books in print, and his works have been translated into seven...

Carl Vilhelm Oluf Peter Aarsleff (14 August 1852 - 4 January 1918) was a Danish sculptor, He was a professor at the Royal Danish Academy of Fine Arts from 1901 and from 1914 to 1917 served as its director.
Aarsleff was born on 14 August 1852 in Nyborg on the island of Funen. He trained as a wood carver with his father before going to Copenhagen...