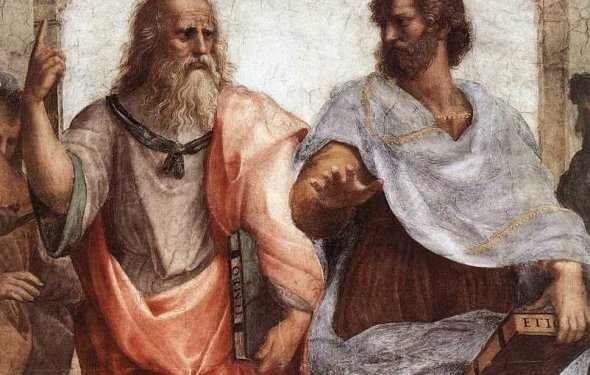 Chances are you learned a lot about Greece in history class throughout the years, and tourists flock to this fascinating country year after year. Some come for the historic monuments and stories, of course. You’d expect that from one of the oldest civilizations in the world.

Others come for the food, and we can’t say that we blame them for that either. And if food and history aren’t your cup of tea, well, you could come for the islands, or the mountains, or any other number of reasons.

Honestly, we think you should visit for all the reasons listed above, and more, but we will leave the exact motives up to you. This article will touch on only a few interesting facts about Greece, but trust us when we say, there is so much more awaiting you there. You will love every minute you spend enjoying the sunshine on the beach, or looking at some of the oldest monuments you can find.

1. Greece’s capital is one of the oldest cities in the world

Athens is the capital of Greece, and the first inhabitants to this city were present around the 11th-7th millennium BC. That makes it one of the world’s oldest cities. Athens is a mix of the old and the new, a draw for many tourists today.

You can visit structures like the Parthenon, the Acropolis or the Roman-era Philopappos Monument and revel in ancient history or experience a more modern Greece. Or you can do both in the same day if you choose. It’s no wonder that over 40% of Greece’s citizens live in the capital city of Athens.

2. The Parthenon was built to honor Athena

You probably remember learning about the Parthenon in high school history class, but perhaps you didn’t realize how fascinating (and important) this building really was. It was originally built as a temple dedicated to the goddess Athena in 438 BC.

It was then when the sacred building was damaged, after an ammunition dump was ignited and exploded, causing severe damage to the building and the sculptures within it.

3. Yes, Athens was named after Athena, and Poseidon wasn’t very happy about that

In Greek mythology, it’s said that the first king of Athens, Cecrops, needed to find a patron deity for the city-state of Athens. Two Greek gods were interested in the position, the first being Poseidon, the god of the seas, and the second being Athena, the goddess of wisdom and skill.

Cecrops asked them to both offer a gift that would be valuable to the city. Poseidon offered up water, which as many can imagine, would be extremely valuable. However, the water was salty and not at all useful for the population.

Athena created an olive tree, a symbol of peace and prosperity, and the king was impressed with her gift, thus giving her the honor and naming the city after her. Poseidon wasn’t too pleased about this and cursed the city of Athens to never have enough water from that day forward.

4. Speaking of olive trees, there’s something you should know

Greece is the third largest producer of olives in the entire world. Olive trees have been planted by the Greeks since ancient times, and continue to be big business even today. Considering the popularity of olives in Greek food, it should come as no surprise.

There are estimated to be around 120, 000, 000 olive trees in Greece, and some of the olive trees from the 13th century are still producing olives today.

5. Greece has more islands than you can count

Yes, that’s a fact. It’s estimated that Greece has anywhere from 1, 200 to 6, 000 islands, depending on the minimum size to take into account. But of all of these islands, only between 166 and 227 are inhabited. The largest of the Greek islands is Crete which is at the southern edge of the Aegean Sea, but there is an island to fit any mood.

Interested in picturesque views with adorable villas perched high above the world? Santorini might be perfect for you. Looking to relax by a beautiful beach, Hydra sounds right up your alley. Each island is a little different, with its own unique appeal. It’s definitely worth checking out if you ever get tired of hanging out on the mainland!

6. Greece has over 100 archeological museums

Possibly more than any other country, Greece has a large number of archaeological museums for history buffs to explore. Often located near excavation sites, these museums offer a glimpse into the vast history of ancient Greece.

Basic Facts You Should Know about Greece

Ten fast facts about Omega Psi Phi Fraternity
Related Posts
Categories
Latest Stories
Average weather in Athens Greece Weather lowdown Although summer in Athens began in June, on average the...
Greece and Turkey Travel Travel on a Rick Steves tour through Greece or Turkey for the very best...
Hotels Resorts in Greece This stunning beach resort is situated in Crete on the Cretan sea. It is...
Island of Rhodes, Greece Loyalty to Sparta ended in 395 BCE when democracy was established on the...
Greece Ridge Center Mall Avis Location Information » 317 Greece Ridge Center Drive Location Contact...
Links How deep is eardrum q tips Why do the tips of my breasts hurt How to clean...
Interesting facts