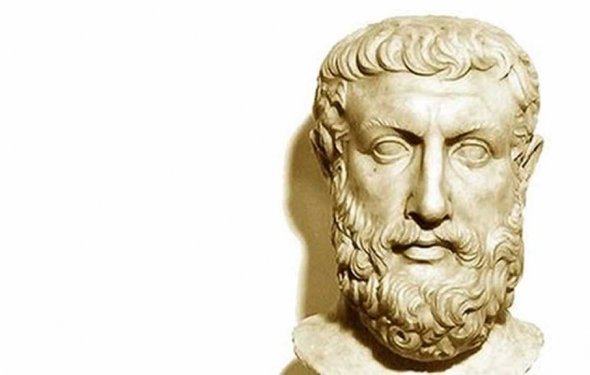 Ancient Greece has had an enormous amount of impact on culture in the Western world. Some of the first works of literature in the west, of which we have record, come from Greece, and although they were created at a time after older works from Mesopotamia, such epic poems as the Iliad and Odyssey have exerted wide influence over generation after generation of western thinkers. Greeks have made huge contributions to the world in various aspects, however this is most noticeable in literature, architecture, Olympic games, science, mathematics and politics. Here is a list of some of the most influential and memorable ancient Greeks.

Hippocrates of Cos was an ancient Greek physician of the Age of Pericles (Classical Athens), and is considered one of the most outstanding figures in the history of medicine. He is referred to as the father of Western medicine in recognition of his lasting contributions to the field as the founder of the Hippocratic School of Medicine. This intellectual school revolutionized medicine in ancient Greece, establishing it as a discipline distinct from other fields that it had traditionally been associated with (notably theurgy and philosophy), thus establishing medicine as a profession.

Thales of Miletus was a pre-Socratic Greek philosopher from Miletus, in Asia Minor, and one of the Seven Sages of Greece. Many, most notably Aristotle, regard him as the first philosopher in the Greek tradition. According to Bertrand Russell, “Western philosophy begins with Thales.” Thales attempted to explain natural phenomena without reference to mythology, and was tremendously influential in this respect.

In mathematics, Thales used geometry to solve problems, such as calculating the height of pyramids and the distance of ships from the shore. He is credited with the first use of deductive reasoning applied to geometry, by deriving four corollaries to Thales’ Theorem. As a result, he has been hailed as the first true mathematician, and is the first known individual to whom a mathematical discovery has been attributed. Also, Thales was the first person known to have studied electricity.

Phidias, or the great Pheidias, was a Greek sculptor, painter and architect, who lived in the 5th century BC, and is commonly regarded as one of the greatest of all sculptors of Classical Greece. Phidias’ Statue of Zeus, at Olympia, was one of the Seven Wonders of the Ancient World. Phidias also designed the statues of the goddess Athena on the Athenian Acropolis, namely the Athena Parthenos, inside the Parthenon and the Athena Promachos, a colossal bronze statue of Athena which stood between it and the Propylaea, a monumental gateway that served as the entrance to the Acropolis in Athens.

Prior to the Peloponnesian war, Phidias was accused of embezzling gold intended for the statue of Athena inside the Parthenon. Pericles’ enemies found a false witness against Phidias, named Menon. Phidias died in prison, although Pericles’ companion, Aspasia, was acquitted of her own charges.

“In making their own evaluation of Solon, the ancient sources concentrated on what were perceived to be the democratic features of the constitution. But…Solon was given his extraordinary commission by the nobles, who wanted him to eliminate the threat that the position of the nobles as a whole would be overthrown.” — Stanton, G.R. Athenian Politics c800-500BC: A Sourcebook, Routledge, London (1990), p. 76.

Solon was an Athenian statesman, lawmaker and poet. He is remembered particularly for his efforts to legislate against political, economic and moral decline in archaic Athens. His reforms failed in the short term, yet he is often credited with having laid the foundations for Athenian democracy.

Democritus was an Ancient Greek philosopher, born in Abdera, Thrace, Greece. He was an influential pre-Socratic philosopher and pupil of Leucippus, who formulated an atomic theory for the cosmos. His exact contributions are difficult to disentangle from his mentor Leucippus, as they are often mentioned together in texts. Their speculation on atoms, taken from Leucippus, bears a passing and partial resemblance to the 19th century understanding of atomic structure that has led some to regard Democritus as more of a scientist than other Greek philosophers; however, their ideas rested on very different bases. Largely ignored in ancient Athens, Democritus was, nevertheless, well-known to his fellow northern-born philosopher Aristotle. Plato is said to have disliked him so much that he wished all his books burned. Many consider Democritus to be the “father of modern science.”

Who were some famous people in Ancient Greece? | Yahoo Answers

Socrates- Greek Philosopher
Plato- Also one
Aristotle- Also one and a tutor of Alexander the Great
Homer- Wrote Illiad and Odessey
Euclid- Math teacher who wrote Elements
Ptolemy- A greek astronomer
Pericles- Ruler of Athens for 32 years
Achilles- Invinsible guy, who was killed by being stabbed in the heel
Herodotus- A famous greek historian, "The Father of History"
Thuycidies- A greek historian wrote about Peloponessian War
Alcabiades- Went from Athens but left to the Spartan side in Peloponessian War
Cleistenes- Helped with Athenian democracy
Solon- Also helped with Atheni…

Who are the five famous people from ancient Greece?

The five famous people from ancient Greece are, Plato, Socrates , Aristotle,Euclid and King Alexander the Great.

Who were the famous people in ancient greece.

the answer is zeus and alexander the great

The Aeacids in ancient Greece were the mythical descendants of Aeacus, son of Zeus and the nymph Aegina. The son of Aeacus was Peleus, the son of Peleus was Achilles, the son of Achilles was Neoptolemus and finally the son of Neoptolemus was Molossus, mythical ancestor of the Molossians. Famous people who claimed Aeacid descent, through their...

Nemea (Greek: Νεμέα) is a town in Corinthia, Greece, and the seat of municipality with the same name (Δήμος Νεμέας). It is located a few kilometres west of ancient Nemea, with a population of under five thousand people.
Its primary industry is agriculture and it is the hub for several small villages circling it, including Koutsi, Petri, and...

Thalero (Greek: Θαλερό) is one of the oldest villages in Corinthia, Greece. It is located 2 kilometers from the Gulf of Corinth, close to the city of Xylokastro. Its original name was Tholero cause of the water but changed through years to Thalero a name has its origins in ancient Greek word “thalos” which means blooming. The village has many...