Best things to do in Athens Greece 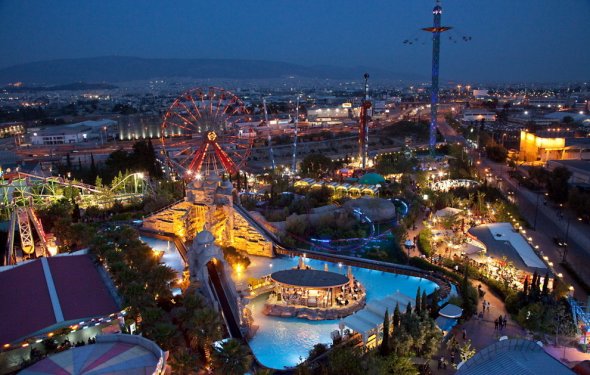 In answer to all those who have e-mailed me to ask what they should not miss while in Athens I have put together my own Top-10 list of the most important sites and things to do and see in the city.

1) The Parthenon:
Even if you don't care about archaeology or the fact that if it were not for the ancient Greeks you might be living in a far less civilized way, you can't come to Athens and not visit the Acropolis and see the Parthenon. Yes I know that there are actually Athenians who have never climbed the steps to see one of the wonders of the ancient world, the reason millions of people come to their city, the spectacular building that symbolizes some of the highest achievments of mankind. But that's no excuse. If you do nothing else on your visit to Athens, this is the one thing you should do. Since you can buy a ticket that allows you to see the other major archaeological sites that day I can free up some of my top ten space since the Theater of Herod Atticus, Theater of Dionysious and the Ancient Agora and even Keramiekos are all included among others, in the price of admission. Oh yeah and don't forget the new Acropolis Museum. See The Acropolis

2) The National Archaeological Museum:
Yes it is a 45 minute walk from Syntagma but this is one of the great museums of the world, right up there with ummmmm, well those other great ones. You won't find a better collection of ancient Greek sculpture, jewelery, pottery, and the Antikythera Device, a 2000 year old computer found in the shipwreck off the island of Antikithera will have you wondering just how advanced those ancient Greeks actually were. Athens has a lot of museums and depending on your interest you may find another that is more interesting, like if you love coins, the Nuimismatic Museum or if you like religious Icons the Byzantine Museum or if you like weapons the War Museum or if you want to see a continuous history from ancient to modern Greece go to the Benaki Museum which I actually like better. But in terms of importance you can't beat the National Archaeological Museum. But don't go on Sunday because only 8 of the 64 galleries are open and you don't even get a discounted price.
See Athens Museums

3) The Agora-Athens Central Market:
No matter how you feel about fish, meat and vegetables you won't find a more lively place than the Central market on Athinas Street. Whether you come early in the morning to watch the trucks unload because you are jet-laggedand suffer from insomnia or you visit between 7am and 1 pm with the majority of the Athenian shoppers, a walk through the market will probably change how you feel about shopping and may make you wish you had an apartment with a kitchen so you could join in. The restaurants in the meat market can't be beat for good food at a cheap price at any time of the day or night. And if that is not enough the Market is also the beginning of Athens Chinatown and Eolou Street, the pedestrian shopping district. But watch your wallet or handbag when wandering through the crowds.
See Athens Central Market

4) Mount Lycabettus:
Maybe you took one look at this green mountain rising out of the center of Athens and said to yourself "I hope there is nothing important up there because I really don't feel like climbing a mountain". There is somethingimportant up there. An amazing view. Also a great cafe, not to mention an ampitheatre where you can see such renown acts as Leonard Cohen, Peter Gabriel, James Brown and many other acts who visit Greece in the summer. In fact I would say that between Lycabettus and the Theatre of Herod Atticus below the Acropolis, there is no more impressive place to see your favorite band or musician. And you don't have to climb. There is a strange looking train that will take you almost to the top. Walking down is a lot offun and you never know which neighborhood you are going to end up in. See Mount Lycabettus. If it seems too daunting a task climbing Philopapou Hill is a good substitute and right across the road from the Acropolis.

5) The Plaka:
A walk through the oldest neighborhood in Athens is a must and one of the most plesaureable activities especially in the early evening. There are hundreds of shops from kitchy tourist to the workshops of some really great artisans. Thereare several good restaurants where you can sit outside almost year round. There are also some nice little ouzeries that are cozy when it is too cold to sit outside. The famous Brettos distillary on Kydatheneon could be in this top 10 list on its own. The out-door Cine Paris where you can watch a move on the roof of a building below the lit walls of the Acropolis could too. There are ancient Greek and Roman ruins scattered around as well as some beautiful 19th century and older buildings and several Byzantinechurches. Lets not forget Anafiotika, the neighborhood closest to the stone slope of the Acropolis where you can wander around and feel like you are on an island in the middle of the Aegean instead of an island in the middle of a modern city. Best time to be here? Apokreas.
See my Plaka Guide

6) Psiri:
With the up and coming areas like Gazi getting more popular we should not overlook Psiri with its endless small streets of cafes, ouzeries, restaurants, bars, clubs, theatresand galleries, all within a minute's walk from Athinas and Ermou streets or Monastiraki square. Join the crowds on a weekend night, especially during Apokreas, Greece's Carnival. Psiri came of age as the center of Athens nightlife during the 2004 Olympics and regardess of what people say about its commercialism, you won't find a cooler place to be in any city in Europe or America. You can feel the buzz as you walk past cafes where a hundred people are talking, drinking and smoking simultaneously or you can find a tiny little cafe on a back street with two or three tables and a guy grilling soupia (cuttlefish) or octopus. Or find a nice ouzerie in Platia Iroon where some rembetis are playing un-plugged. See my Psiri Guide

7) The Temple Of Poseidon at Sounion:

On a hill overlooking the sea at the very tip of the Attiki Peninsula on a spot that could not be more perfect for an ancient site of worship is the Temple of Poseidon, God of the Sea, which boasts not only the carved grafitti of Lord Byron but the best sunsets after Santorini. There is a small beach below and a sea that looks and feels like the islands, as well as two small fish tavernas and many more on the way there and back. Go in the late afternoon, have a swim and an ouzo and some mezedes and see the temple and watch the sunset before going back to...

santorini greece things to do

Things to do in Athens, Greece
Popular Q&A

What are the best things to do on a weekend trip to Athens?

Apart from the tourist attractions (the Acropolis and other archaeological spaces that are all included in one ticket, the Acropolis Museum, the National Archaeological Museum), I personally find our newly established street art scene really interesting. Areas like Psyrri, Kerameikos, Metaksourgeio and Exarhia are full of it. It makes a lot of sense to have someone translate you what people have written, you will see a very different perspective of the city. Try to meet locals and listen to their opinions on the crisis, the police, the government etc. Apart from that, food is one of the…

Where are the best places to run in Athens, Greece?

I would highly recommend "Dasos Sygrou" at the north of Athens by Kifisias Avenue. It is safe and the routes you can follow are limitless. You have a choice of asphalt and dirt paths to run upon.

In 1937 I was about seventeen years old. At the time in the same year a military platoon was formed in the town of Wentworth, where I was born.I joined up although I was only seventeen. I was Cadet until I reached the age of eighteen then I became a Private, I attended parades and the yearly camps. The when I reached the age of nineteen, when...