Sites to See in Athens, Greece 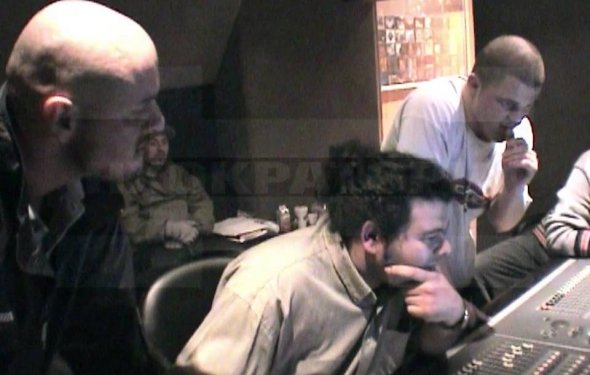 11 FREE THINGS TO DO IN ATHENS

Are you interested in visit Athens on a budget? If so, you’ll really enjoy this list of the Best Free Things to Do in Athens!

Studying abroad in Greece and living mere blocks from the Acropolis lent me the unique opportunity to know ancient Athens on an intimate level. On a student’s budget, I dedicated my free time to uncovering the secrets of the city, and unearthed some amazing experiences along the way.

Handcrafted goods, fresh fruits and stacks of soccer jerseys and jewelry dominate the stalls of Monastiraki’s bustling flea market. Literally meaning “little monastery” Monastiraki is named for the Pantánassa church monastery located in the center of the neighborhood’s square. Here more than bargain goods are to be found; Monastiraki is also home to the ancient ruins of the Roman Agora and Hadrian’s library.

Mars Hill, known as Areopagus by the Greeks, has been the site of many speeches, trials and meetings over history. St. Paul the Apsotle preached here, and The Council of Nobles and the Judicial Court met on this hill. After thousands of years of weather damage and earthquakes, it’s now a low, rocky hill located just below the Acropolis and the perfect spot to go on a warm summer night to listen to acoustic guitar, split a bottle of store-bought wine and revel in the splendor of the Parthenon lit up at night.

Changing of the Guards

Dressed in kilts, donned in pom-poms and kicking impressively high are the stoic Evzone Guards at The Greek Parliament building in Syntagma Square. Every Sunday at 11 a.m., the changing of the guard takes place in an elaborate parade starting from the Evzone camp at Irodou Attikou Street, marching down to Vasilissis Sofias to the Tomb of the Unknown Solider at Syntagma Square.

The Evzones are the cream of the military crop. Every Greek man is required to serve two years in the Greek military, and the Evzones are chosen based on their height, fitness level and are trained to stand motionless for hours on end. They’re also known as the Presidential Guard, after all, that is their duty.

Nestled in the heart of Athens, in the shadow of the Acropolis, is it’s oldest district, Plaka. Reminiscent of the bygone era of Turkish-rule, Plaka’s antique charm, pedestrian-only streets, and al fresco dining make for a most pleasant stroll.

Head to The Beach

30 minutes outside of the city are beautiful stretches of Attica coastline, posh resort towns and plenty of beach bars. Though some are privatized and charge an admission fee, free beaches such as Kavouri and Vouliagmeni offer a getaway from the hustle and bustle of Athens.

Watch the Sunset at Cape Sounion

The crown jewel of the Attica coastline is undoubtedly the serene sanctuary dedicated to Poseidon, the God of the sea. Little is more magical than witnessing the sunset over the Aegean Sea.

Athens is host to many museums, including several free ones. Music-aficianandos should head to The Popular Musical Instruments Museum which showcases antique instruments from 18th-20th centuries, and history-buffs should stop by The War Museum featuring uniforms and weapons from ancient times through the present.

For a stunning 360 degree panoramic view of Athens, hike to the top of Lycabettus Hill behind the posh Kolanaki neighborhood. It’s a great spot for taking pictures, but can be a hot, sweaty climb during the day. Reserve it for sunset, or make it an early morning sunrise hike.

Picnic in the National Gardens

Athen’s sprawling concrete jungle isn’t for the faint of heart in the heat of summer. Find refuge from the sun in The National Gardens, which in the time of the Greek monarchy, were the private gardens of the king.

There are several days during the year that the most popular archeological sites (The Acropolis, The Ancient Agora, Kerameikos, Olympeion, and The Roman Agora) are free.

Free admission days for public museums and archaeological sites are the first sunday of every month from November to March as well as the following dates:

is an excellent resource when it comes to learning more about the free admission days and holidays at the Museums in Greece.

Do you have any recommendations for free things to do in Athens? If so, we would love to hear your thoughts in a comment below.

Aerosmith - "Cryin",Athens,Greece
Related Posts
Categories
Latest Stories
Average weather in Athens Greece Weather lowdown Although summer in Athens began in June, on average the...
Greece and Turkey Travel Travel on a Rick Steves tour through Greece or Turkey for the very best...
Hotels Resorts in Greece This stunning beach resort is situated in Crete on the Cretan sea. It is...
Island of Rhodes, Greece Loyalty to Sparta ended in 395 BCE when democracy was established on the...
Greece Ridge Center Mall Avis Location Information » 317 Greece Ridge Center Drive Location Contact...
Links How deep is eardrum q tips Why do the tips of my breasts hurt How to clean...
Interesting facts

Aristeidis Kollias (Greek: Αριστείδης Κόλλιας) (1944-2001) was a Greek lawyer and author. Kollias was born in 1944 into an Arvanite family from Kaskaveli (now Leontari, Thiva). After graduating from the Faculty of Law in Athens, he worked as a lawyer, at the same time studying and writing about the language, culture and traditions of the...

Aristeidis Moraitinis (Greek: Αριστείδης Μωραïτίνης) (1806-1875) was born in Smyrna (now İzmir, Turkey). He was educated in France, but during the reign of King Otto, he was a staunch member of the Russian Party. He served as Prime Minister of Greece for a few days in February 1863 during the period between the coup d'etat against King Otto and...