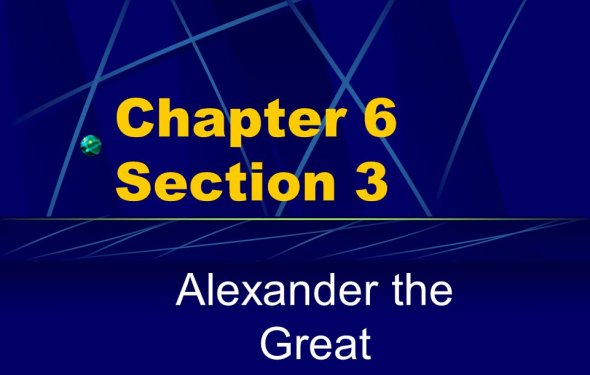 A new year is upon us! I hope you’ve enjoyed Christmas and that 2015 has started well for you. Certainly, one thing you can look forward to is the next issue of Ancient Warfare magazine, which should be returning from the printer’s very soon.

Issue VIII.6 is on the Roman conquest of Greece, with a particular emphasis on the first half of the second century BC. The cover illustration, as always by Johnny Shumate, depicts the aftermath of the Roman sack of the city of Corinth in 146 BC, which saw the city destroyed, all the male inhabitants slaughtered, and all female Corinthians and children led away as slaves. Effectively, Greece was now within the Roman zone of control, even though the southern part of the country would not be transformed into an official province until after the Battle of Actium in 31 BC.

Joseph Hall’s introduction does an excellent job of not only introducing the theme, but also of fitting all of the theme-related articles together. Joe goes into detail as to how Rome found itself involved in Greek and Macedonian affairs and then sets the stage for the rest of the issue.

One of the frustrating things about the second century BC is that it’s a period for which we don’t have a lot of archaeological evidence that is immediately of interest to readers of Ancient Warfare magazine. One major source of information is the Pydna Monument at Delphi. Michael J. Taylor devotes a few pages to discussing this monument, with Albert Nguyen supplying a detailed line drawing of the reliefs.

New contributor Gabriel Baker has penned a piece on Greek reactions to Roman warfare. By the time that the Romans arrived on the scene in Greece, the Hellenistic mode of warfare was characterized by a certain level of restraint. The Romans paid no attention to Hellenistic conventions, however, and their brutality came as a shock to the Greeks.

Ancient Warfare founder Jasper Oorthuys provided the text to a photograph of two Roman Republican legionaires of the second century BC. The photograph was taken by Stef Verstraaten and was previously published in his book Romans (available in our webshop). The book itself doesn’t have much in the way of detailed information, so I imagine you will find the detailed examination of these soldiers’ equipment to be of interest.

Owen Rees’s article is a biographical piece on Philopoemen, the ‘last of the Greeks’, loved by the latter and respected by the Romans. Rees explores the career of this man and his strategic ingenuity in battles against, for example, the Macedonians. This article also features a beautiful illustration by newcomer Luke Forwoodson.

The major battle of the period is without a doubt the Battle of Cynoscephalae of 197 BC. Michael Park has written an extensive piece about the battle that started by accident in rough terrain, and in which, it is said, the Roman legion proved superior to the Macedonian phalanx. The article features the centerfold illustration by Radu Oltean and also has an informative battle map drawn up by Julia Lillo.

Ruben Post was kind enough to write a short article for this issue on the role of weapons and armour in the Hellenistic world. Sidney Dean contributed a piece that delves into more detail as regards the arms and armour of both the Macedonians and the Romans in the second century BC. Sidney’s article features a beautiful illustration of a Roman legionary and a Macedonian phalangite.

Rounding out the issue are, as usual, two non-theme-related articles. Alberto Pérez Rubio has written an article on the role of women in warfare in the Late Iron Age. Matthew Beazley brings us forward in time to examine Julian’s campaigns against the Germans and the reconquest of Eastern Gaul in the fourth century AD.

Did the punic wars involve rome or greece?

In the course of the long Punic wars, Carthage occupied territories belonging to Rome, which destroyed its rival in 146 B.C.

Rome annexed Macedonia after winning the Fourth Macedonian War (150 BC to 148 BC).
The Romans then demanded that the Achaean league,an alliance of independent Greek states,be dissolved. Realizing that Rome intended to take over the whole of Greece,the Achaean League declared war on Rome,but was quickly defeated,the Romans then annexing Greece.

What was the wars between Greece and Rome called?

There were four Macedonian wars between Rome and Macedon, the most powerful state in mainland Greece.
There was the also the Roman-Seleucid war in which Rome and two of her allies (the island of Rhodes and the kingdom of Pergamon in western Turkey) fought the Seleucid kingdom (a kingdom which covered the Middle East and part of Turkey) and its allies in mainland Greece, the Aetolian league (a league of city states in central Greece). Rome repelled a Seleucid attempt to invade Greece.

The Fourth Macedonian War (150 BC - 148 BC) was the final war between Rome and Macedon. It came about as a result of the pretender Andriscus's usurpation of the Macedonian throne, pretending to be the son of Perseus, the last King of Macedon, deposed by the Romans after the Third Macedonian War in 168 BC. Andriscus, after some early successes...