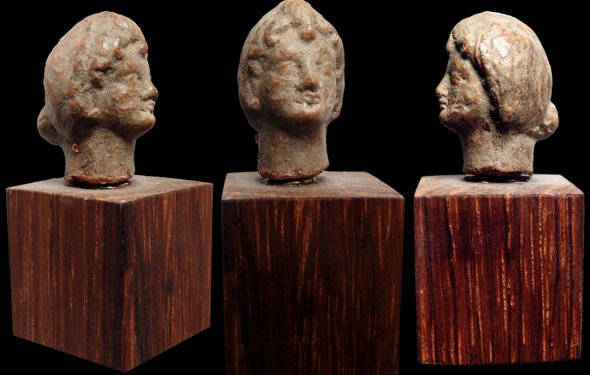 The Hellenistic Period is a part of the Ancient Period for the European and Near Asian space. The use of this period is justified by the extent of the Hellenic culture in most of these areas, due to the Greek political presence especially in Asia after Alexander's conquests, but also to a new wave of Greek colonization. In consequence, the Hellenistic Period is usually accepted to begin in 323 BC with Alexander's death and ends in 31 BC with the conquest of the last Hellenistic kingdom by Rome, the Lagid kingdom of Egypt. For the Asian part, we could lengthen it to 10 BC, when the last Indo-Greek kingdom was conquered by Indo-Sakas.

Politically, the Hellenistic Period is characterized by a division and a split from Alexander's former empire, with endless wars between the Diadochi and their successors. Thus the Hellenistic kingdoms weakened themselves and thus gradually created space for competing kingdoms, such as Pontus or Bactria. At the same time, Roman power was in exponential expansion, annihilating other political presence in Italy, and then the Carthaginian dominance of the Mediterranean in the three Punic Wars. At the end of the Hellenistic Period the young Roman empire had almost reached its maximum expansion, from Lusitania (modern Portugal) to Syria and from South-Britain to Egypt.

the Hellenistic Period is characterized by a split Of Alexander's former empire, with endless wars between the Diadochi and their successors.

Other general political evolution can be seen too: The Celts were shaken once more by a big wave of migration (from which arose among others the famous Galatians in Anatolia). The growing pressure of the Celts' neighbours, though, especially from Germanic Tribes and the Romans, reduced their dominion drastically at the end of the period. In the endless northern steppes of Asia, nomad pressures continued in a similar way as before, Sarmatians pressuring Scythes and Yuezhei pressuring Sakas, who increased so their attacks against the Bactrian and then Indo-Greek kingdoms.

Hellenistic period
Related Posts
Categories
Latest Stories
Average weather in Athens Greece Weather lowdown Although summer in Athens began in June, on average the...
Greece and Turkey Travel Travel on a Rick Steves tour through Greece or Turkey for the very best...
Hotels Resorts in Greece This stunning beach resort is situated in Crete on the Cretan sea. It is...
Island of Rhodes, Greece Loyalty to Sparta ended in 395 BCE when democracy was established on the...
Greece Ridge Center Mall Avis Location Information » 317 Greece Ridge Center Drive Location Contact...
Links How deep is eardrum q tips Why do the tips of my breasts hurt How to clean...
Interesting facts

Hellenistic art is the art of the Hellenistic period and dating from 323 BC to 146 BC. A number of the best-known works of Greek sculpture belong to this period, including Laocoön and his Sons, Venus de Milo, and the Winged Victory of Samothrace.
The term Hellenistic is a modern invention; the Hellenistic World not only included a huge area...

Macedonia or Macedon (from Greek: Μακεδονία, Makedonía) was an ancient kingdom, centered in the northeastern part of the Greek peninsula, bordered by Epirus to the west, Paeonia to the north, the region of Thrace to the east and Thessaly to the south. The rise of Macedon, from a small kingdom at the periphery of Classical Greek affairs, to one...

The Seleucid Empire ( /sɨˈluːsɪd/; from Greek: Σελεύκεια, Seleύkeia) was a Greek-Macedonian state that was created out of the eastern conquests of Alexander the Great. At the height of its power, it included central Anatolia, the Levant, Mesopotamia, Persia, today's Turkmenistan, Pamir and parts of Pakistan.
The Seleucid Empire was a major...